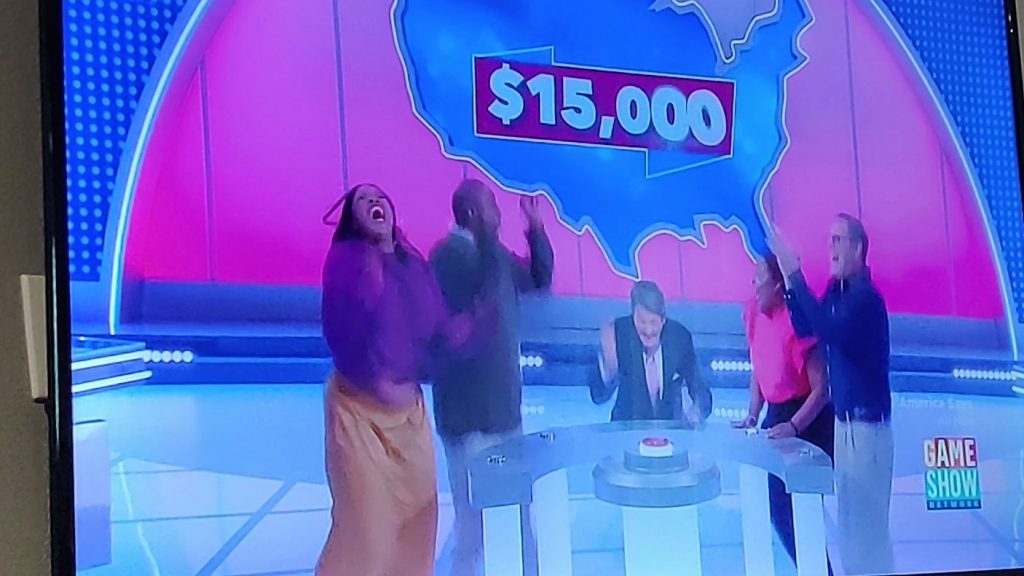 Most Memorable Day Ever

“Stay in the world and don’t die.” Those prophetic words, by my great grandfather, Papa Clabe, have so much meaning to me, it’s why I include them so often on these blogs. “Staying here” means one gets the opportunity to see more, to feel more, to experience more. Good and Bad. That’s life, right? A privilege. “Tomorrow is not promised to any of us.” More wisdom from my mother, Ruby. It’s funny how you seem to ignore those sayings when you’re younger, at least I did. They play on a loop in my head now. I guess I was listening. Wow, to them, I have so much Gratitude. So many others as well. 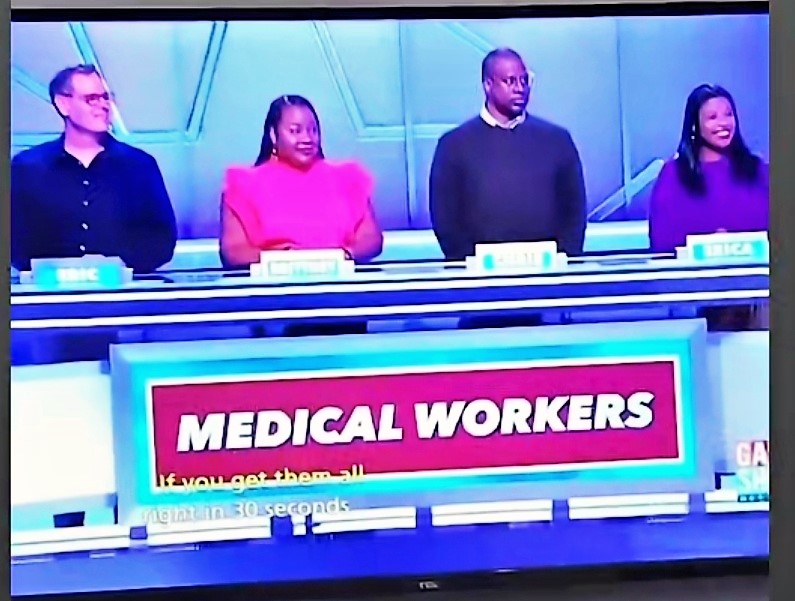 Saying Yes after saying NO

My friend, E!, or Eric, text us back in January, asking if we wanted to be on a game show called “America Says.” My friend, Brittany T., (spelled Brittney), said Yes immediately, citing how, during the lockdown, she binge watched it a lot, enough to become her favorite game show. My insecurities took over. I started to flop sweat. Picturing myself freezing, like a deer in the headlights, when called upon to speak. I had never been on a game show, none of us had, but, I didn’t want to be that guy. The fat dunce in the middle, letting everyone else down. I said “you’d be better off with someone else, trust me.” No. What? 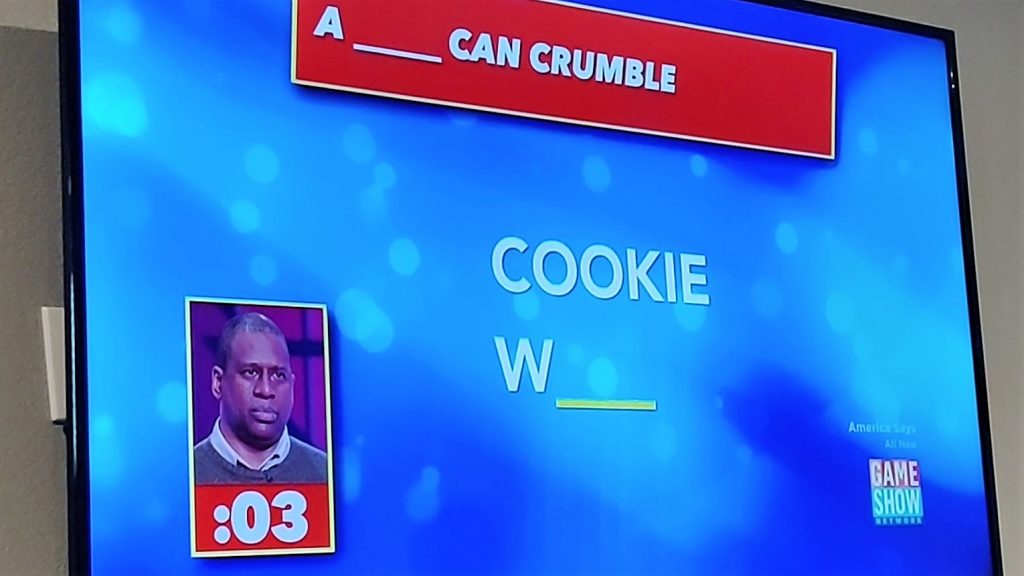 ECFMG, the company where Eric, Britt and I met, was an amazing place to work. The friendships made there were bonding and we all got along so well. The demographic diversity was inspiring. To see that much tolerance was a model “for the more perfect union” that we only hope to become as a country. As a result, since it’s closure, due to a pandemic in June of 2020, after almost 20 years, has only strengthened that bond. We had zoom calls every Friday (now once a month), to check in. Life continues. We lost some members and we rally around them and their families. About 80 strong are we. The support, even though we’re now spread out, is all encompassing. It’s a true family. Warts and all. A gift. 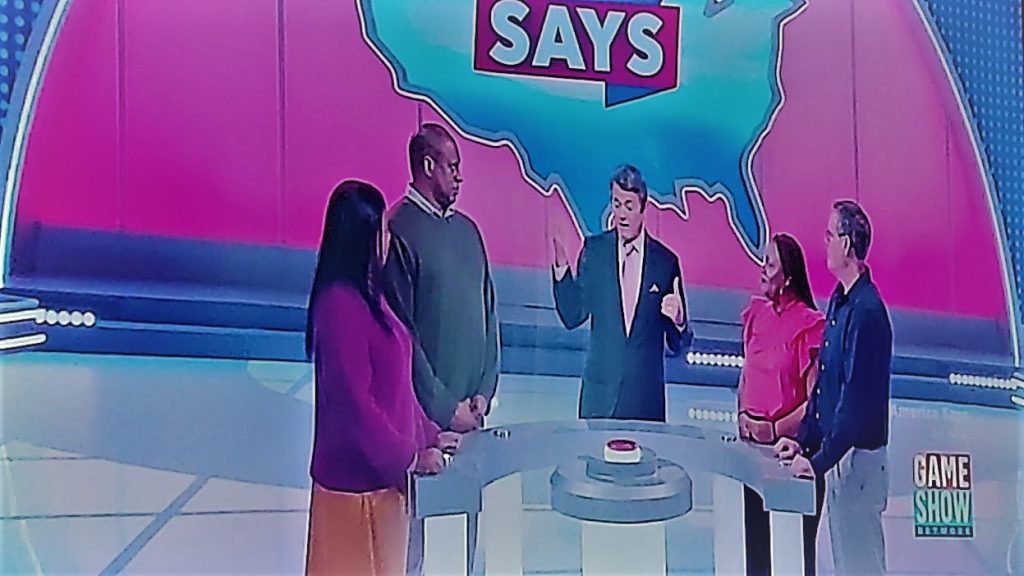 You know how things seem to work out if we just get out of our own way? Luckily, team captain, Eric, didn’t fill my spot when I went back to ask him if I could join. The zoom audition, which would include Britt’s friend, Erica, went very well. Being actors, you understand the assignment. High energy. Fun. Relatable. Lots of teeth. When we found out we had been picked to be on the show about a month later, I started dreading it. What if my fears manifest themselves on national television? What if I can’t think of anything? Above all, I’m so fat now with, Weight Gain and the Pandemic, what if I take up the whole frame? 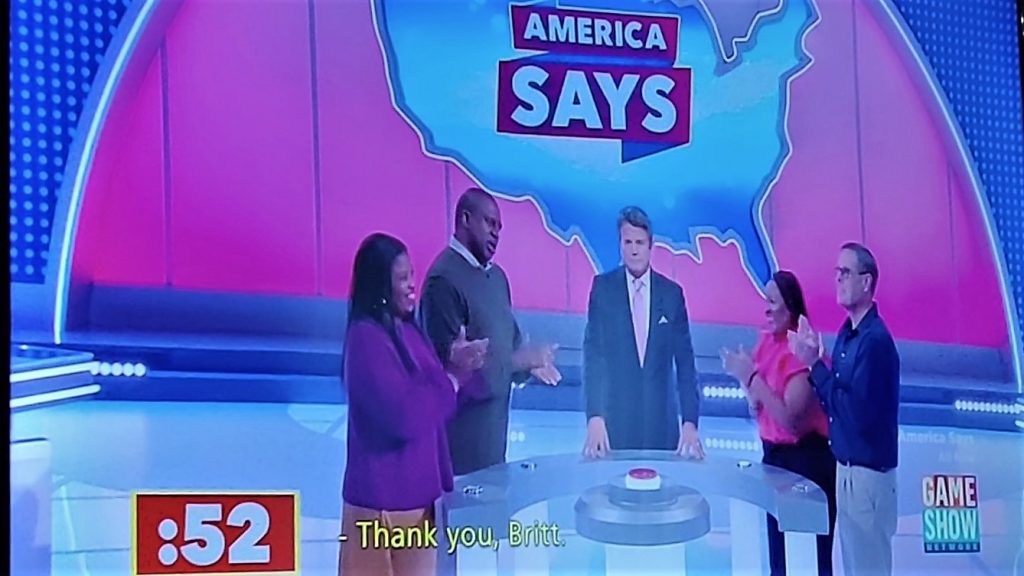 We had to be at the studio in Sylmar, CA, at 7a. It was the morning after the Oscars. The Slap felt around the World. We had plenty to talk about, but, they prohibit all communication devices. Even magazines weren’t allowed. In addition, we had to watch videos, warning us not to speak to anyone else. You must do as you’re told. The one day of the year LA was rainy and cold, so were our attitudes while sitting in this giant hanger, at a cafeteria-style lunch table, surrounded by other teams. Until called to rehearse. “Action!” We’d turn into the best show ponies at the derby, determined to win that blue ribbon. We nailed everything they asked us to do, but, there’s always a chance you won’t get picked to be on the show. After each rehearsal, we’d take off our faces and return to the cafeteria table to whine amongst ourselves. “This sandwich sucks!” My butt hurts from sitting in this hard chair!” “I hope we don’t have to be here all day!” 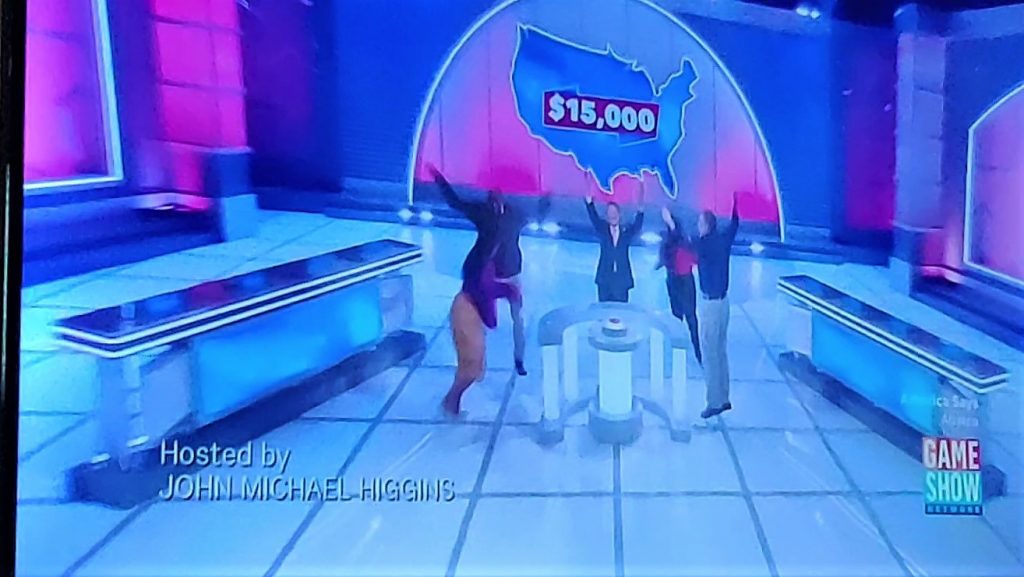 “I guess you’re my third show”

They tape 6 shows per day. 102 episodes per season. About 4 weeks total and you have a year of shows. It’s like a factory. We had been sitting there for quite awhile. They were filming their second show. Most teams had been taken to the studio next door, where the set was, to act as audience. They just left us there, saying nothing. The complaining resumed. Bored, hangry black people, and one white guy, bereft of our cellphones. A dangerous combination.  I’m sure they sensed mutiny was in the air because, at once, a production coordinator, walked by our table and said, “I guess you guys must be my third show. Are you ready?”

Once we got over to the set, (the same one they film RuPaul’s Drag Race in), with the other team, the Drexler’s, everything’s a blur. I was so nervous I was certain everyone could see my heart beating out of my chest. We were mic’d up and put in our places on the set. The host, John Michael Higgins, who we were told to call “Michael”, comes out. The game begins. We started off strong. Making a lot of eye contact with each other for reassurance and calming. We won the game, on to the bonus round. Our minds racing. Disbelief that we’re even there and still trying to stay focused. In the rehearsals prior, we hadn’t done well at all in the bonus round, and yet, here we are. What the hell is going on?

We had 3 seconds left to get the last answer. It would start with me. Dumbo. Going in, the game plan was, if you don’t know it, say something fast to get it to the next team member. My mind was completely blank. 3 seconds is only enough time to pass the ball and have Magic Johnson make the winning shot. The buzzer beater. Michael said “Go!”. I passed the ball and Brittney dunked it with 1 second left. We lost all manor of civility at that point. We were celebrating so hard, the host was afraid to get near us. So, he jetted. The audience applauded us the whole time until we left the studio. Even the crew. Complete overwhelm as to what had just happened. We were floating about 6 feet above the ground. They told us not to show any emotion when we returned back to the hanger with the other hopefuls. Impossible. They took one look at us and knew. We are not subtle people. 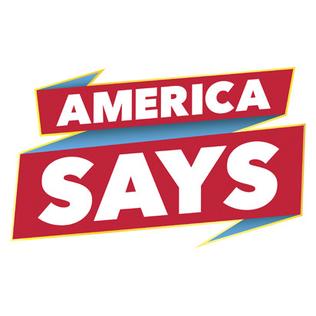 The first time team “Medical Workers” were together since that day was last night when the show aired. We had a blast reliving and remembering. Game shows are so lawyered up since the Quiz show days of the 1950s, we’re prepared to wait as much as 4 months to see our winnings. Plus taxes. However, as you can tell from the quick video above, it was worth way more than money. That day, with those 3 people, will be with me, Lord bless, until I die. I can be doing anything and the images will pass through me and I crack up.  Lots of people who see me in public think I’m certifiable now. I don’t dispute it. Good thing I still wear a mask. And I dare you to say something. I won a game show.

What’s a joyful day that you remember?

Good play by play on what happened! I still can’t believe we won! lol

I can’t either Britt! Unbelievable!

I finally got to watch the show yesterday. Great job and what fun! Your play-by-play was great, as usual. So the remark I made a couple of weeks ago (when you were still sworn to secrecy) about the team watching it from Hawai'i, (wink, wink) may have been off geographically, but a team wine trip to Napa sounds pretty good, too. Bravi! I was on an episode of Merv Griffin's Crosswords, way back in the aughts. My answers were better than my strategy, so I only left with a lovely parting gift: a Crosswords watch.

Thanks Laura! That watch is a collectors item! Hope you still have it!🤞🏽

I saw you on the show. I kept telling myself that he looks so familiar. So I wrote down your first name. First I searched die hard movies. Then I said he was a chauffeur. Bingo. The bodyguard. I knew it!

I was on "What's My Line" (twice) and "To Tell The Truth." The first two were with my Dad and the hook was to identify him (winner of tennis' Grand Slam) on the former and, on To Tell The Truth," to identify me from three kids, all "pretending to be his son in real life." The other two teens had redder hair and looked much more like Dad than I. I got two votes of four. The second appearance on "To Tell The Truth" featured three long haired hippies who "had opened a famous free clinic for young people in Florida." The day before I was booked, I lopped my locks to attempt entry into the straight world of gainful employment. Disaster. The booker for the show (mother of my band's drummer) told me it had to be me and presented me with a grotesque brunette wig day of show. Amazingly, I got two votes again, proving that you CAN fool some of the people all of the time..... My most perfect day. Too many to choose from. I've been a very lucky SOB, so let's just say, it hasn't happened yet.

When I won on '1 vs 100' I answered questions, got money, and could keep that money or cut and run. If I didn't answer the next question correctly, I lost all the money. I answered the question correctly and they said I had won $10,000. I just stood there with my mouth open in complete shock! When I finally shut my mouth, they asked me if I wanted to go for $20,000, I cut and ran!!

Smart choice Gayle! What are the odds of being in that position again? Take the money and run!