The Slap felt around the World 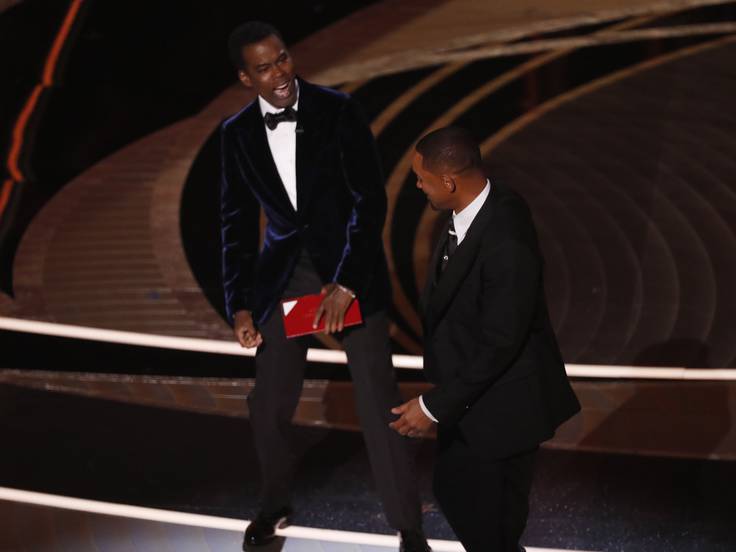 And the worst week I ever had as an actor

I was stunned, along with millions, watching Will Smith physically attack Chris Rock at the Academy Awards last Sunday. A mild joke about Will’s wife, actress Jada Pinkett Smith, after initially laughing before turning to see her reaction, then lost his mind. As I watched in horror, my mind was thrown back 31 years to the worst week I ever experienced as an actor. A guest spot on The Fresh Prince of Bel Air. 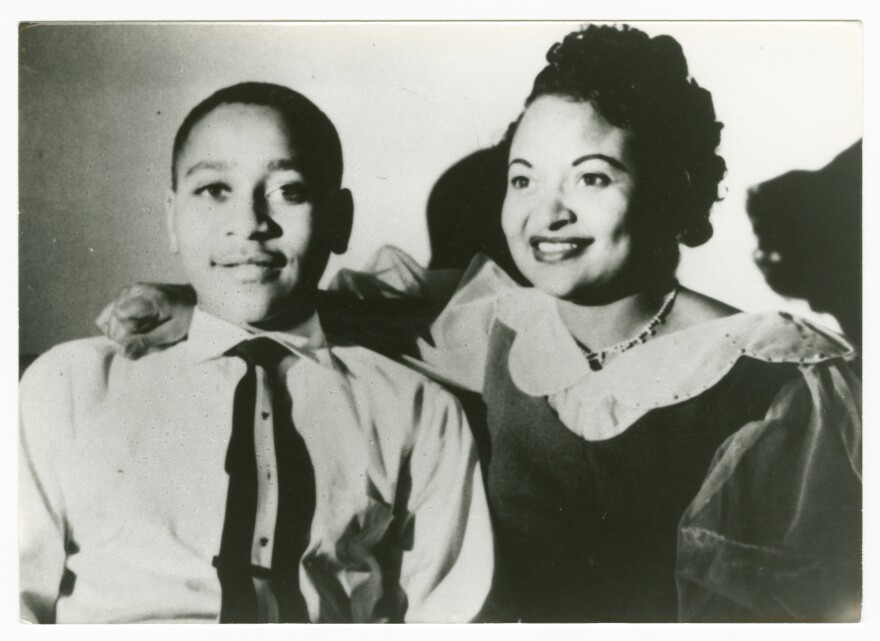 After 12 decades of resistance, Congress passed and President Biden signed the Emmett Till Anti-Lynching bill into Law. Lynching is now a federal hate crime. Perpetrators can now receive up to 30 years in prison when a conspiracy to commit a hate crime results in death or serious bodily injury. While lynching continues daily in America, it’s important to note the progress made. As the great Dr. Martin Luther King once said, “Injustice anywhere is a threat to justice everywhere.” 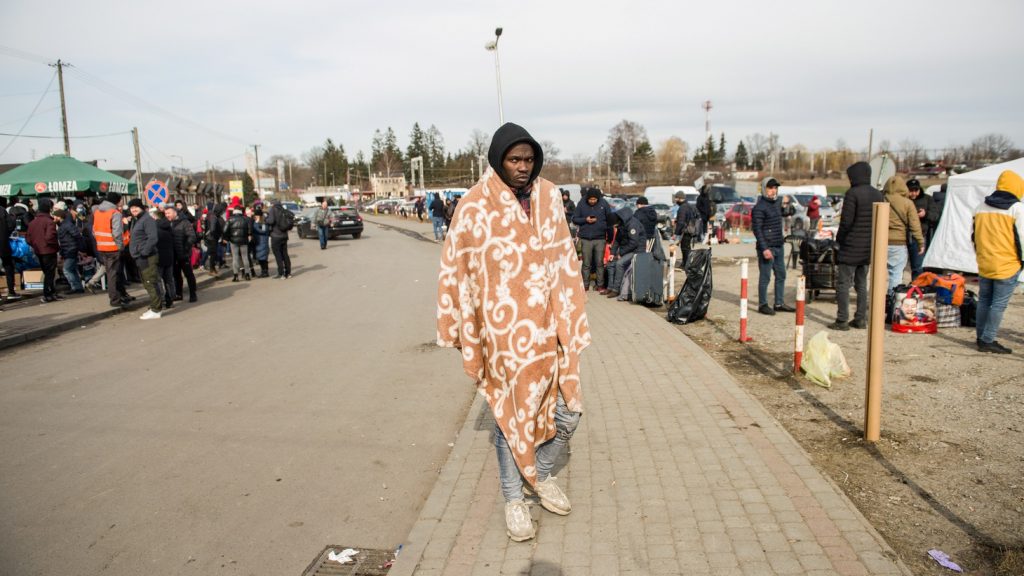 The nightmare for African students, workers and people of color trying to flee the war in Ukraine continues. POC face extra burden in trying to flee Ukraine. Stories of being used a human shields, forced into prison camps, and sex slavery are rampant across Eastern Europe and everywhere on social media. Rarely covered on mainstream, the UN finally condemned the actions as leaders of African countries are pleading for help. UNHCR chief condemns discrimination violence and racism against some fleeing Ukraine. 3 black women, who were strangers, through their experiences have formed the website black women for black lives to raise awareness and money to aid in these heartbreaking stories.

The week from hell

In September of 1991, I was hired for a guest spot on NBC’s hit sitcom The Fresh Prince of Bel Air. It was the worst week I ever had as an actor. I’ve never been a fan of spilling tea on my experiences/observations with famous actors. Especially black actors. As a result, I’ve never publicly spoken out about my week on that show. I want to remind that this was my experience based on one week working as a co-star on that sitcom. The video above shows the scene that made it to the final cut.

Doing a guest spot as an actor, especially on an established show, is like being the new kid in school mid-semester. Navigating the land mines of relationships and cliques while trying fit in is a daunting task. Most casts are very welcoming and friendly and enjoy the collaboration. Such was not the case with Will Smith and I. From the table reading on day 1, to the taping of the show on day 5, he did everything he could to ensure that welcome was not extended to me.

I was always blessed with the ability to get laughs. I relied on my theatre training to be flexible and prepared for anything. No matter what, the show must go on. Will would give me line readings, mock the clothes I wore to rehearsals, point out the discoloration in my lips, you name it. I had one scene. Every time I would appear on the stage or wander over to craft service, (a snack table for cast and crew), he would point me out and say something derogatory. I was baffled. “What did I do to cause this? I’m just a small time one scene actor? It feels like this guy hates me.”

As the week progressed, the targeting intensified. The rest of the cast was amazing and increasingly supportive. James Avery (Uncle Phil) and Joseph Malone (Geoffrey) in particular. I think they sensed it. James took me to lunch off the Sunset Gower Studios lot, where the show was filmed at that time. He never said anything, didn’t have to. Knowing he had my back was enough to get me through that week. I stayed in my dressing room, praying I wouldn’t see him when I’d be called to go to wardrobe. I’ll never forget actress Lela Rochon coming to my defense in the make up room the night of the taping when Will was making fun of my lips. (?) When he left, she said “He’s threatened by you.” My parents were in the studio audience that night, as they always were, providing the very comforting ‘support of presence’. 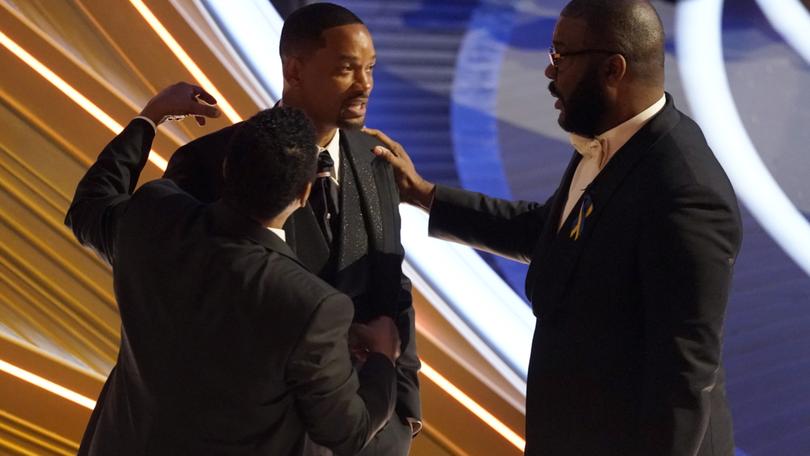 Sean Combs, from left, Will Smith and Tyler Perry appear in the audience at the Oscars on Sunday, March 27, 2022, at the Dolby Theatre in Los Angeles. (AP Photo/Chris Pizzello)

The Academy’s Code of Conduct

The reactions to Will’s behavior Sunday night have been swift and divisive. Will Smith refused to leave Oscars after slap, Wanda Sykes says Chris Rock apologizes to her after Oscar debacle. As a result, the Academy is now deciding whether to revoke or suspend his membership and its privileges. It’s a tragic story. Two black millionaires, tops in their fields, making history, and not ‘good trouble’ at the industry’s oldest and most prestigious awards show. The content included in this blog signifies how much further we have to go. However one may feel about Will or Chris, physical violence must be unacceptable and accountable. Imagine the thousands of stand up comedians taking to the small stages of clubs around the country. Their passion, to make people laugh. Is it now to okay to assault them because you don’t like a joke they told?

The next job I landed after The Fresh Prince of Bel Air was The Bodyguard. At the star studded premiere at Grauman’s Chinese Theater one year later, I would see the producer of The Fresh Prince. Recognizing me from the film, I could tell she didn’t remember me from having guested on her show. I reminded her that the last time she saw me, I had a full beard and a fake parrot on my shoulder. Her eyes lit up and she said “wait until I tell Will when I see him next week!” Of course, completely unaware of what my experience had been. It felt amazing.

Questlove’s passion project, Summer of Soul, won the Academy Award for Best Documentary presented by Chris Rock, professionally handled after being assaulted moments before. A brilliant film that is worth seeing. (Hulu). Based on the 1969 Harlem Cultural Festival and in his directorial debut, Ahmir “Questlove” Thompson, weaves together a powerful and transporting film. Lost in the chaos of the moment with the air having been sucked out of the room, I feel like his victory was marginalized. As was most of the rest of the ceremony. The film, CODA, won all 3 awards in which it was nominated, including Best Picture and Best Supporting Actor. The first film to win with a predominantly hearing impaired cast, it, as well, is a beautiful film and well deserved. Another must-see.  It’s a feel-good movie that helps to put into perspective the first-world incident witnessed by millions last Sunday

Other interesting reads include Kareen Abdul Jabar’s take, Will Smith did a bad thing, and writer Jemele Hill, The two Americas debating Will Smith and Chris Rock.

Should Will be punished for his actions?

Wow , Chris. Can't imagine how that whole experience affected the family. Of course with your upbringing and prayer warrior parents you were fully covered! Guess that's why still today we must put on the full armour of God!!! Love you lots!

Thanks Beverly. Love you too!

Another great piece of writing, Chris! So glad you told us the Fresh Prince story. I knew that slap didn’t come out of nowhere. It sounds like Will has had a lifetime of bad behavior. It’s so great to get your take on all these topics today.

Thanks for sharing your story. It helps to lend some context and shed some light on his personality. Even so, I'll never understand the psychology of bullies. It's infuriating that a lifetime of bad behavior is continuously rewarded often at the expense of others.

Thanks Tom. It's a clear attempt at covering up one's own insecurities

Thanks, Chris. you deserved better. You do have the gift of making people laugh and love you.

Thanks Gayle. Love you too❤️

Thanks Chris for sharing! What a horrible experience to have gone through. For what it’s worth, you killed that scene!! So funny and so good!