Why I will not feel guilty for enjoying the Olympics 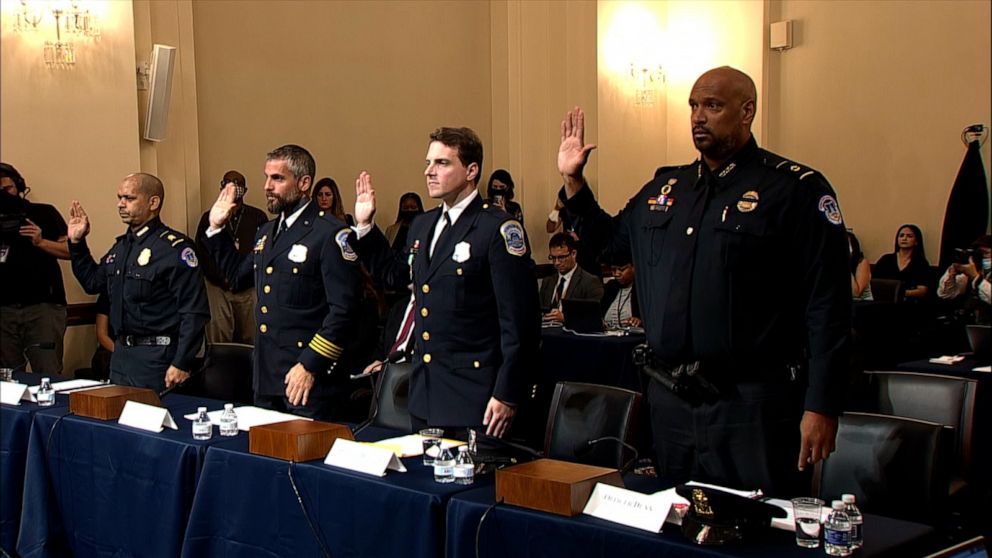 “Not everything that is faced can be changed, but nothing can change until it is faced.” J. Baldwin

Aquilino Gonell, Harry Dunn, Michael Fanone and Daniel Hodges are the names of the 4 Capitol Hill and Metropolitan police officers, who testified July 27 before Congress about the events surrounding the Jan. 6 insurrection. I’ve tried very hard to stay away from politics since America made the right decision Nov. 20. However, since that day, the country has gone to, what many say is “Hell in a handbasket.” The officers emotional testimonies yesterday, which I highly encourage you to watch, further cements who we really are and why we need unification of any kind. testimony wrap up clip 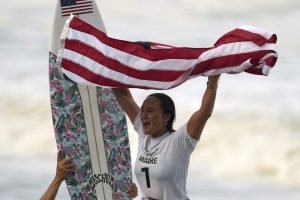 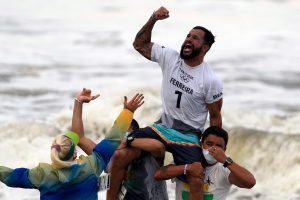 America is going through an identity crises. Inequality is a rapidly growing theme causing extremes. Misinformation and cult of personality have driven this country to the brink of a modern day civil war. We’re not alone. Countries like South Africa, Brazil and Cuba are seeing uprisings not seen in decades. Even China and Russia are battling with the outbursts of anger from people who are fed up with being lied to and having nothing.  Link to article on South Africa. 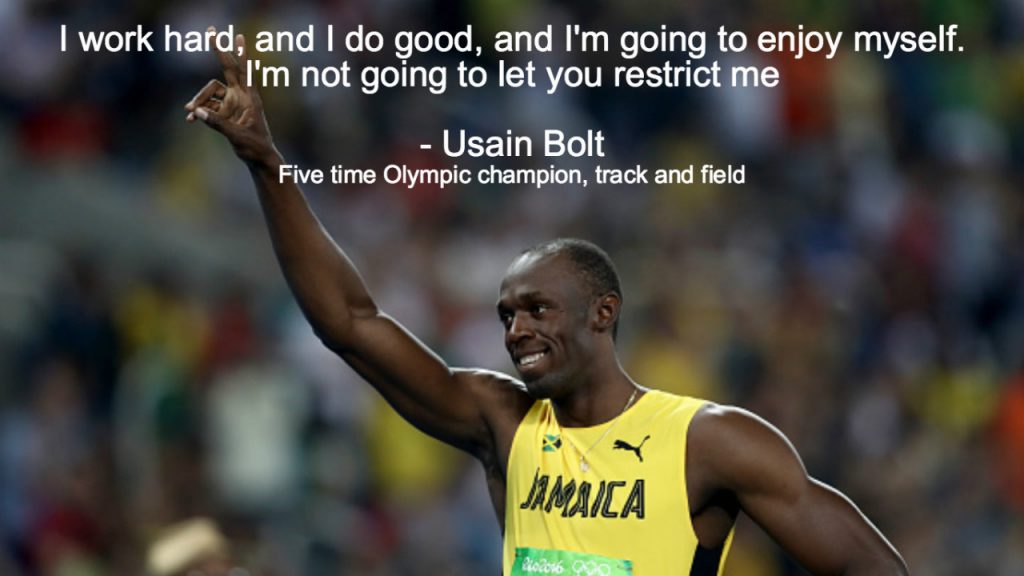 This years’ Olympic games have been fraught with controversies. More than usual with the athletes labeling it “the pandemic Olympics.” Alarm over the rising number of cases and how deeply unpopular the games are with the Japanese people. As a result, topics like corruption, cheating, abuse of athletes and the impact on the environment have added fuel to the cynics fire. Despite the rhetoric, the games are on with team Japan doing better than they have in years.

I’ve mentioned it before, but my older sister was a track and field athlete in the 1970’s. From age 5 to 13, most of my memories are from track meets and watching those athletes perform. My sister would go to practice everyday after school and wouldn’t get home until after we’d had dinner. She ran for team USA in many international meets and we would travel to support her. She never made the Olympic team, but it wasn’t from lack of dedication. Athletes competed for the love of the sport, not money. I remember my sister won the 100 meters in a big meet in San Francisco. Her prize, a black and white TV. 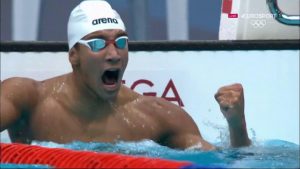 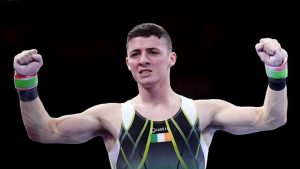 There are currently 11,091 athletes from over 200 countries that have dedicated their lives to get to the Olympics in Tokyo. As a result, there are over 11,000 stories that I wish could be heard by all. In stark contrast to this week’s imperative congressional hearings in the US, and the moral decline that is emblematic in todays society, these athletes have risen above that. The American media coverage is understandably biased. There’s too much money involved, but with the internet, there are multiple ways to uncover these incredibly moving stories. 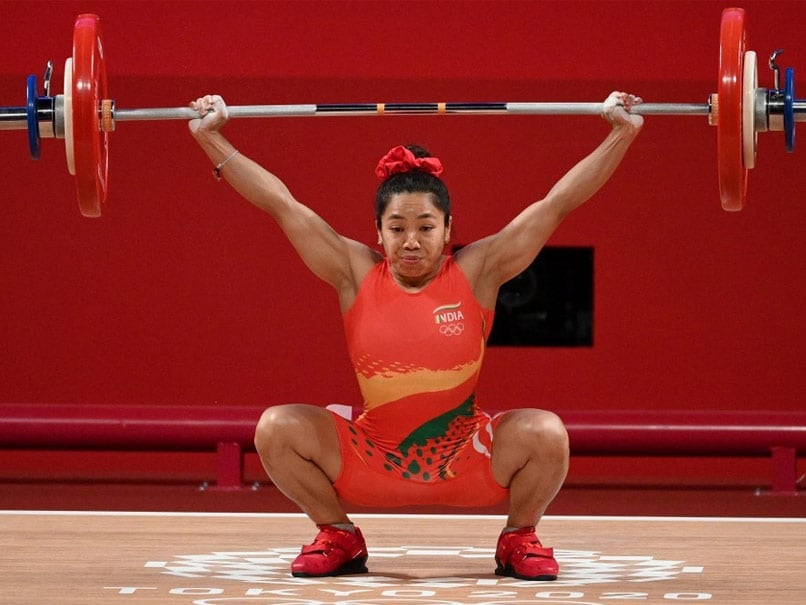 Surfing, skateboarding, 3×3 Basketball, sport climbing and Karate have been added to this year’s Olympics. The return of softball and baseball also highlight this years games. India’s Mirabai Chanu, (pictured above) won India’s only medal so far in a country with one of the worst records on violence towards women. Prime Minister Modi tweeted congratulations to her and she has become a national hero. So many stories. None have warmed my heart, however, more than Lydia Jacoby of Alaska. 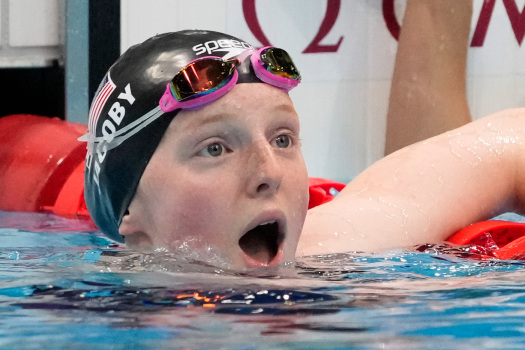 Lydia Jacoby, of the United States, reacts after winning the final of the women’s 100-meter breaststroke at the 2020 Summer Olympics, Tuesday, July 27, 2021, in Tokyo, Japan. (AP Photo/Petr David Josek)

The 17 year old from Seward, Alaska, where all the cruise ships begin or end, population 2773, wowed everyone watching when she came from behind to win the women’s 100-meter breaststroke. Over 200 members of her hometown gathered to cheer her on and their reaction has me addicted to the 31-second YouTube video I posted above. (notice everyone is wearing a mask). The unbridled joy those people felt is palpable and I feel joy watching them. The triumph of the human spirit. What could be more unifying? 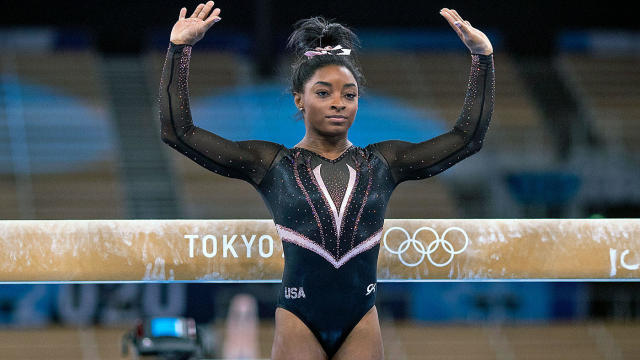 The Olympics also remind us that life doesn’t always go as planned. The drama currently being played out with Simone Biles, the Olympics biggest star, is hard to watch. So were the congressional hearings, but I watched them. Life is often filled with things we don’t want to do. Like wearing a mask. Or getting vaccinated. We have long associated our champions with mental toughness. Simone is a reminder that these people are not superhuman. They’re not robots. They’ve all put their lives on the line for the fulfillment of a dream. It doesn’t always work out. Life.

I’ll be damned if I’m made to feel guilty for enjoying the Olympics. I won’t be made to feel unpatriotic for sometimes cheering for other countries success either. When 18 year old Tunisian, Ahmed Hafnaoui, came out of nowhere to beat the top Americans and Australians to win the men’s 400 freestyle, I jumped for joy. So far, it’s Tunisia’s only medal and can you imagine how that young mans life will change? I found young Irish gymnast, Rhys Mcclenaghan’s Youtube channel. Rhys youtube channel. A vlogger, who dreams of a medal next Tuesday in the Pommel horse. I have my fingers crossed. As they are for all the athletes and a huge appreciation for their performances this fortnight.

Are the Olympics important?

Chris, wonderful. I cry each time I listen to those brave men telling the truth of Jan. 6, 2021. Just breaks my heart for all of us. But the video of the people of Seward makes me feel hope. What joy! I still love the Olympics and think each and every participant is a hero. Thank you for writing this and sharing it! BAZ

Thanks BA, as always, one of my biggest supporters!🙏🏾

Yes, something we look forward to and plan our lives around every Olympic season in our home. We lose sleep and set our alarm to watch live certain events. It's such a beautiful coming together of all people, and shows us the best of what we can be. I watch sports I have never seen before, because I appreciate all the sacrifice that went into their lives and I love the back stories. The Olympics are just awe inspiring. I truly cannot understand when people say they aren't into the Olympics, huh? Maybe they need to watch them with Olympic fans to get the deeper meaning that just the one minute they see the swimmer in the pool. Like the lifetime that led up to that moment.

Excellent, Chris. The video of 'unbridled joy' is so rare that it is wonderful!

Thanks Gayle. I can’t get enough of that video!

Wow, thank you , Chris. I'd sworn off TV but you gave me a taste of it being used to document the extraordinary abilities of being human.

I remember the beautiful innocence of the Olympics; where the little guy competes before the Gods for god status.

We are all of us , gods and goddesses in the making. Here's to being Human!