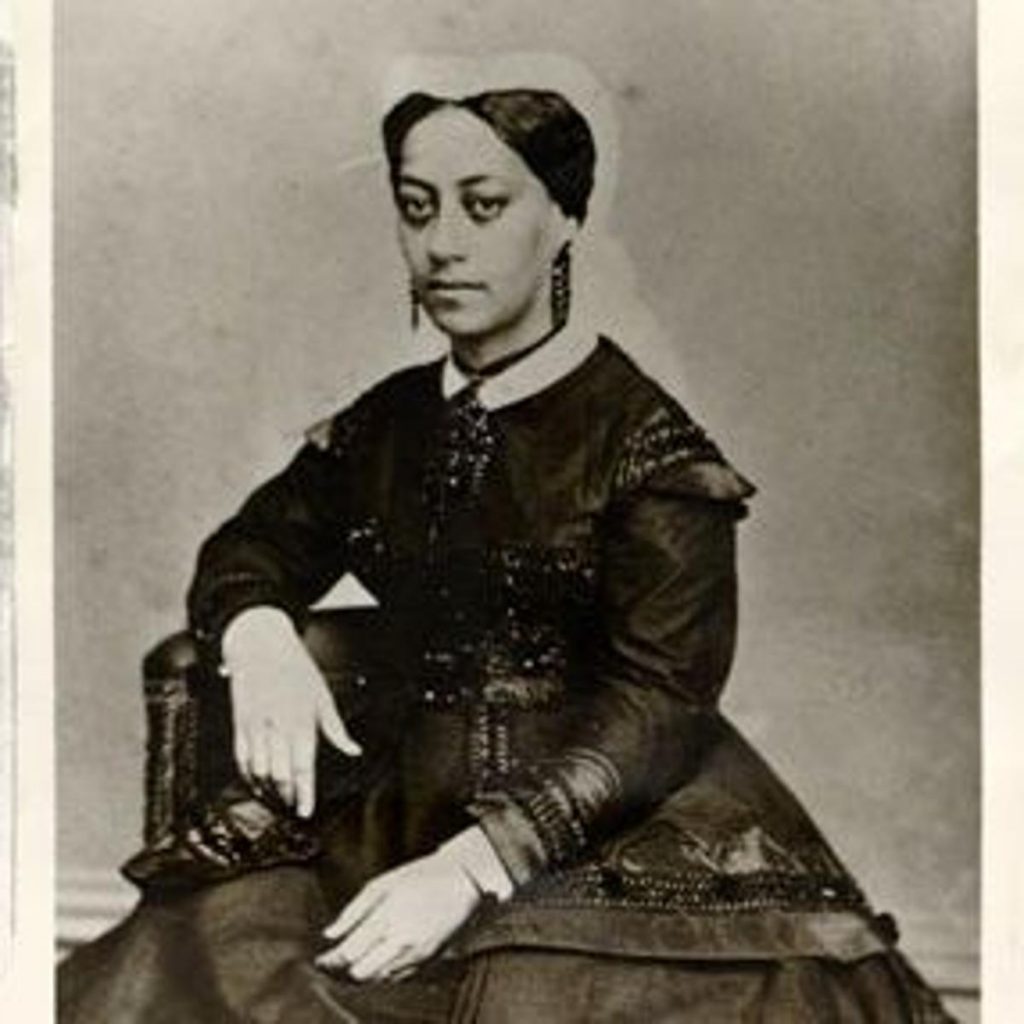 You know what? The more I learn, the more I realize the less I know. I’m blessed to still have a thirst for knowledge. Besides wanting to quit this blog on a weekly basis, being a Gemini, I’m also grateful for it. It gives me accountability and a desire to learn more about things that I can share with you. My faithful reader. Knowledge is power, and acquiring it is a privilege. We should never take that for granted.

This week I learned of Mary Ellen ‘Mammy’ Pleasant (pictured above). Born a slave, became a millionaire in 1850 and named The Mother of Human Rights in California, her story should be common knowledge. Despite not knowing how to read or write, she became an entrepreneur and financier and even worked on the Underground Railroad. Many of you are probably familiar with her, but I wasn’t and, as I watched so many black women achieve and thrive this week, she inspired me to write this week’s blog. 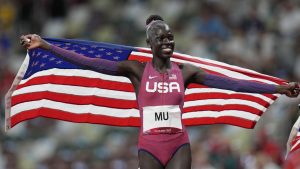 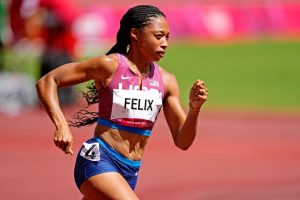 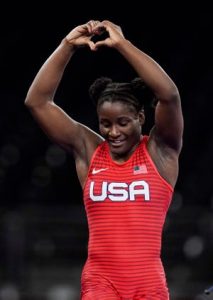 Black women are the most ignored in this country and yet the highest achievers. As you know, I’ve been completely immersed in the Tokyo Olympics almost 24/7. With a few days left, I’m happy to go back to regular sleep again, but also aware of how much women, in particular black women, are achieving and thriving like never before. I’ve watched Allyson Felix since she was a 14-year old freshman at LA Baptist high school, and her on-the-track achievements have come as no surprise to me. She always won. Off the track, however, even more impressive, taking on Nike when they wanted her to take a 70% pay cut for getting pregnant. Allyson Felix speaks out for equal pay.

19 year old Athing Mu, daughter of Sudanese immigrants (pictured above), wowed audiences around the world when she won gold in the 800 meters this week. Hailing from Trenton, New Jersey, one time murder capital of the northeast, she’s one of the most poised athletes I’ve ever seen. Her future is so bright, only a sophomore at Texas A&M, it burns the eyes. If you didn’t see her victory, here’s the link to that and interview. Athing Mu’s 800 meter victory. Athing Mu interview.

Tamyra Mensah-Stock (pictured above), became the 1st black woman to win gold in freestyle wrestling in Olympic history. The daughter of Ghanaian immigrants (theme?), her infectious personality captivated me and made me want to see more of her in the future. Her patriotism and love of sport overwhelms in this interview. Tamyra Mensah-Stock interview. 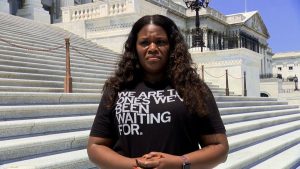 Cori Bush US Rep to MO 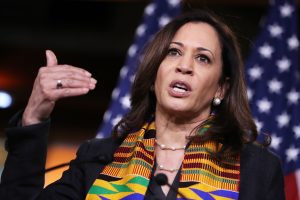 Kamala Harris VP of the US 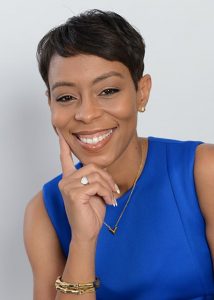 7 hours ago as of this writing, the Center for Disease Control issued a new eviction moratorium following Rep. Cori Bush’ (D-MO) camping out on the Capitol steps in DC for 4 days this past weekend. Cori Bush protest evokes change. I follow her on Instagram and watched as she invited people from Friday past to join her as congress and the current administration had allowed the moratorium to expire, leaving 11 million American renters vulnerable to eviction. Hundreds joined her and camped out from Friday until Tuesday, when the Biden administration issued an emergency extension. The power of one.

Ohio’s Shontel Brown (pictured above), won a special election this week to become Ohio’s next representative of their 11th district. A centrist democrat, backed by Rep. Jim Clyburn and Hilary Clinton, she beat the Bernie Sanders backed candidate, proving that a large percentage of the black electorate is more centrist than progressive leaning. She’s also a local, city council member and well known in the community, showing elections are still won door to door. We need more like her. Shontel Brown wins Ohio primary. 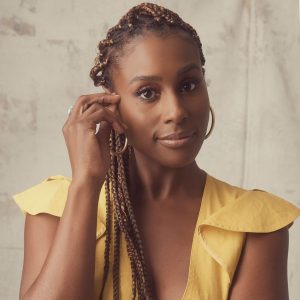 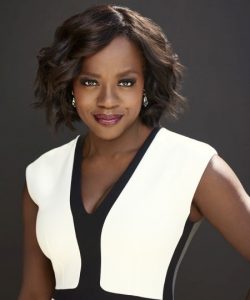 At age 36, only 10 years after starting her web series, Awkward Black Girl, Issa Rae is at the top of the Hollywood food chain. Her HBO series Insecure, now entering it’s fifth and final season, has served as a launchpad to Rae’s meteoric success. Her desire to see more people of color working in production behind the scenes has her production company, Hoorae Media, with over a dozen projects currently in development. Top 10 moments from Insecure.

South Carolina native and Julliard graduate, Viola Davis is now considered one of the great actresses of the 21st century. An advocate for equal rights for women and women of color, Davis is using her influence and platform to shine a light on those trying to emulate her career. Her 8 million followers on Instagram are treated to daily inspirations and highlighting the not so popular. 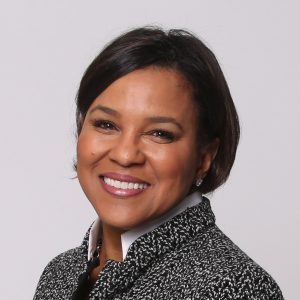 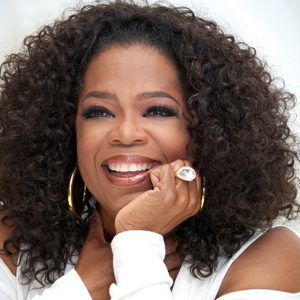 Oprah Winfrey the richest black woman in the world

A record number of 41 women are leading Fortune 500 companies today. Rosalind Brewer (pictured above), CEO of Walgreen’s Boots Alliance, is the only black woman at the helm of an S&P 500 company. Former COO of Starbucks, Roz, as she’s known, a Spellman college graduate, is one of America’s most prominent black female executives. Roz Brewer, Walgreen’s new CEO.

It’s approaching redundancy writing about Oprah Winfrey’s dominance. However, as the richest black woman in the world (net worth 2.7 billion), it’s worth noting that she is the greatest Black philanthropist in American History. Oprah ranks as America’s #1 philanthropist. “Not everyone can be famous, but everyone can be great as greatness is determined through service.” Martin Luther King 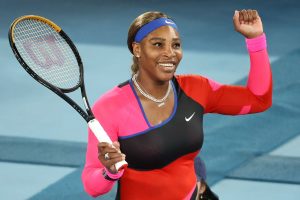 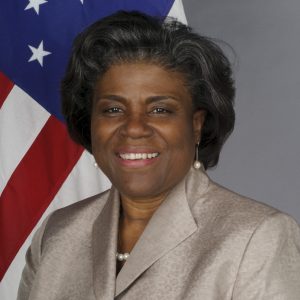 Linda Thomas Greenfield US Ambassador to the UN 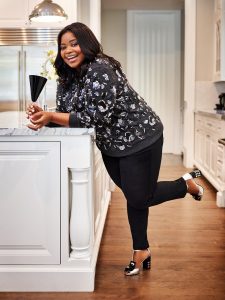 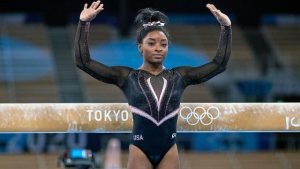 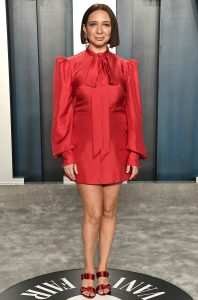 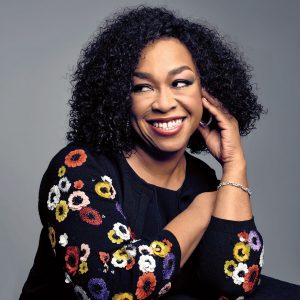 Serena Williams is the greatest athlete of all time. Male or Female. Period. With her 23 grand slam titles and business and fashion empire, she has accomplished more than any other. Standing on the shoulders of Althea Gibson, Wyomia Tyus and Wilma Rudolph, along with her sister, Venus, she has set the bar so high, it’s paved the way for new stars like Naomi Osaka and Simone Biles to make more money than any black female athletes in history. Naomi Osaka 55 million in one year. Octavia Spencer, Maya Rudolph, Shonda Rimes, Linda Thomas-Greenfield and so many others who now have names and accomplishments that speak for themselves.

Will this country ever elect a woman President?

Thank you Chris - a great piece about great women everyone should know about. I know it's a challenge sometimes to write, but please keep it up. Your pieces inform, they amuse, and you have a gift for writing them. Kudos to you!

Thanks Laura! I really appreciate it

FABULOUS!!!! You have to keep writing this. We learn so much! Thank you.

I am so happy for the progress we've made however when will Black women be allowed their vulnerability and grace. We have been in survival mode for so long that to simply be, is still being defined by the outside world.

May we encourage our daughters and allow them all the stages of life, with joyful innocence, so they can self create in their own images. We are free now to do that.

Brilliant writing Chris, I just received an entire education in one blog post, so keep it up. Too much to absorb in one sitting, will need to keep this open and go over all week. Thank you ,everyone needs to read this IMO. You are nailing it, so even if you want to quit, compromise with yourself, every other week, once a month, but don't stop altogether. Such a gift you have.

Thanks Kimm! You're too kind!

Plus, you were raised by a strong "Black Woman". Be Blessed.