The Power of Voting 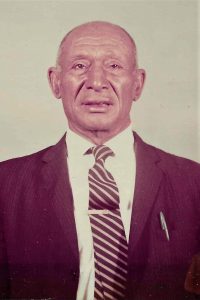 “The vote is precious. It is almost sacred. It is the most powerful non-violent tool we have in a democracy.”John Lewis

The above picture is my Grandfather, Ulysses Birt Sr. He passed away when I was 10. He and his wife, Sarah Cotton, had 7 children. My Father, Ulysses Birt Jr, the eldest. Sr. was stricken with polio as a child and he limped as he walked with the help of a cane. He didn’t speak a lot, much like his eldest son, but, when he did it was with a soft tone, but stern. It was comforting to hear him speak and to witness his children’s reverence of him. I remember my father speaking of pain like he’d never known before when he passed. A pain now familiar to me since his passing.

In 1955, in Webster Parish, Louisiana, Ulysses Birt Sr, along with 4 other Black men, were the first to register to vote. Despite the threats on theirs and their families lives, they persisted and went on to help other Blacks register to vote in their town. They were required to read and recite a portion of the United States Constitution. Knowing that they weren’t going to be able to complete the task to the county registrars liking, they basically waited her out. Below is the audio of the story as told by his youngest son, my Uncle Charles, last night. He was also one of my first Everyday people Edward B.

Remember this powerful scene from the Ava Duvernay film Selma?

Images and stories like the above are just some of the reasons why the vote is so powerful. The House of Representatives on Tuesday of this week passed the John Lewis voting rights bill,  John Lewis voting rights bill passes in House. Over 30 states are trying to make it harder for its citizens to vote. The ideology being that the lower the voter turnout, the better the chances the Republicans have to retain control. Stacey Abrams, voting rights activist in Georgia, has 95 percent of all voters over 18 now registered. The recent census has shown a diversity explosion in the US over the last 20 years. Census 2020 reports diversity explosion. I’ll let you insert your own joke here….Mine is, ‘White men can’t jump.’ 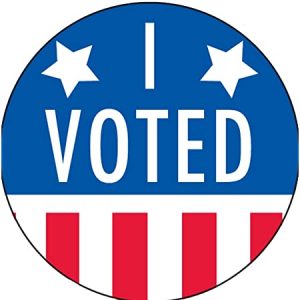 Here in my home state of California is a recall election of the current Governor, Gavin Newsom, who won the 2018 Gubernatorial election by 62 percent. California Republicans, angry at the results of the last election, were able to garner enough signatures to force a recall September 14. As a result, there are over 35 candidates vying to replace him, including career misogynist Larry Elder, 1976 Olympic decathlete turned multi millionaire Chanel spokesperson, Caitlyn Jenner, and 1970’s Hollywood pinup Angelyne. So many choices it’s like Christmas. Feels like living in The Twilight Zone. 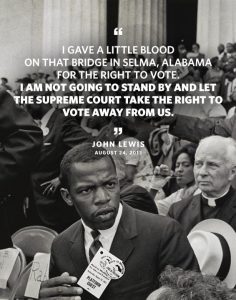 An interesting commentary on voting is happening on reality television. CBS’ Big Brother, in it’s 24th season, has fought accusations of racial discrimination in the past. Usually casting only one minority, who is quickly voted out of the house. After mounting pressure, they have avowed to cast 50% minorities, as they have this year. They quickly formed an alliance, calling themselves The Cookout, and have successfully kept it together so far, with only 9 out of originally 16, left in the house. It speaks to opportunity and an evening of the playing field. It’s a fascinating social experiment being played out in the most ridiculous form, reality television.

No matter what color you are or socio-economic background you come from, if you are born in the United States you are one of the luckiest people in the world. Elections should be holidays and access should be widespread. It is a privilege. A right. One that should never be taken for granted. I ended my hiatus way earlier than expected as I wanted to remind us all of these facts. After everything my Grandfather, Ulysses, and so many like him went through to fight for that right, it would be disrespectful to all of our ancestors not to vote in every election. September 14 California. Let’s Go!

Is voting important to you?

Another good one, Chris. You are furthering my education.

Thank you Gayle. I really appreciate it.

Chris, so proud of your Father and Grandfather you keep putting history in a personal perspective that is so moving. I had a writing partner once who didn't vote because he didn't like the candidates. We had a great knock down verbal about it. I could not understand how a very intelligent grown man could toss that right and duty away as if it was nothing. He later came back and said he had changed his mind.....he also went on to a very, very successful career. Love this blog. BA

Thanks BAZ! I would NOT want to go up against you on anything! That guy really had no other choice but to change his mind!

I agree with you, Chris! Voting is both our privilege and our right. Men and women died so we could be free. Perfect it's not! But we are blessed to live in the U.S.A.