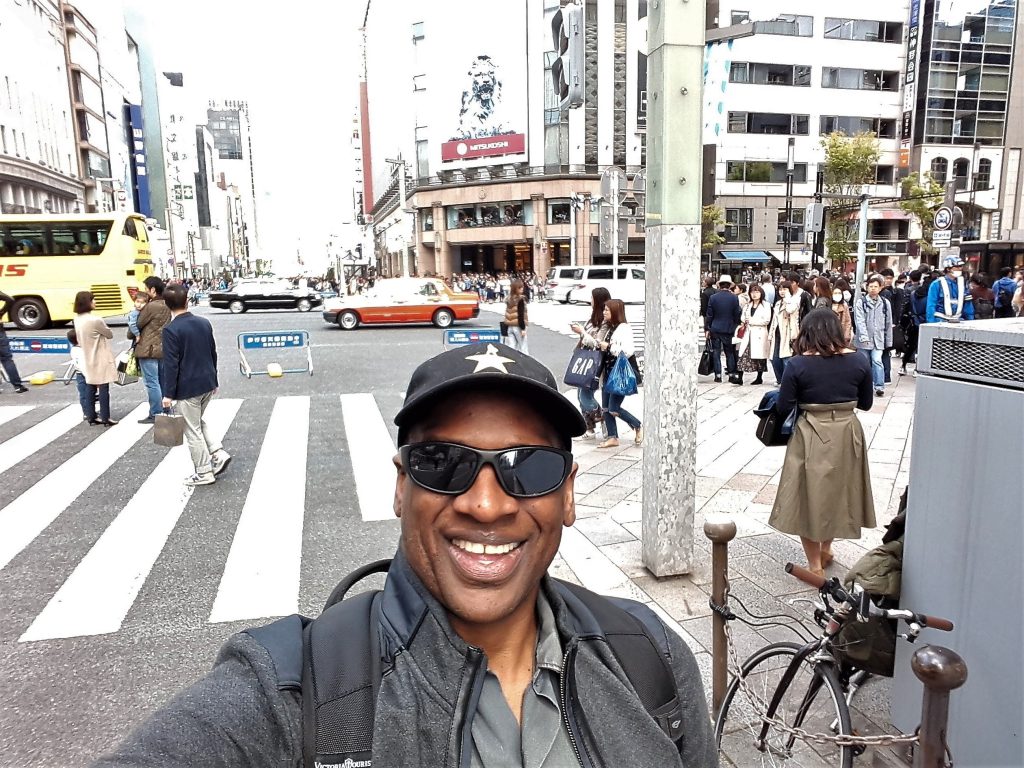 Tokyo Japan as seen through the eyes of a Black traveler

My love of travel started early. A high school drama class trip to New York City to see the original Broadway production of Dreamgirls was kindling. Studying theatre in London at 19 and exploring the European continent in my twenties was like adding jet fuel to the fire. The success of The Bodyguard in the early 90s yielded first class travel to Singapore, Paris, Toronto and New Zealand. Traveling while Black was rarely in the forefront of my consciousness during those times. It’s something I’ve always been aware of and sensitive to. A trip to Japan in the spring of 2018 heightened that awareness and sensitivity, but in a really positive way. 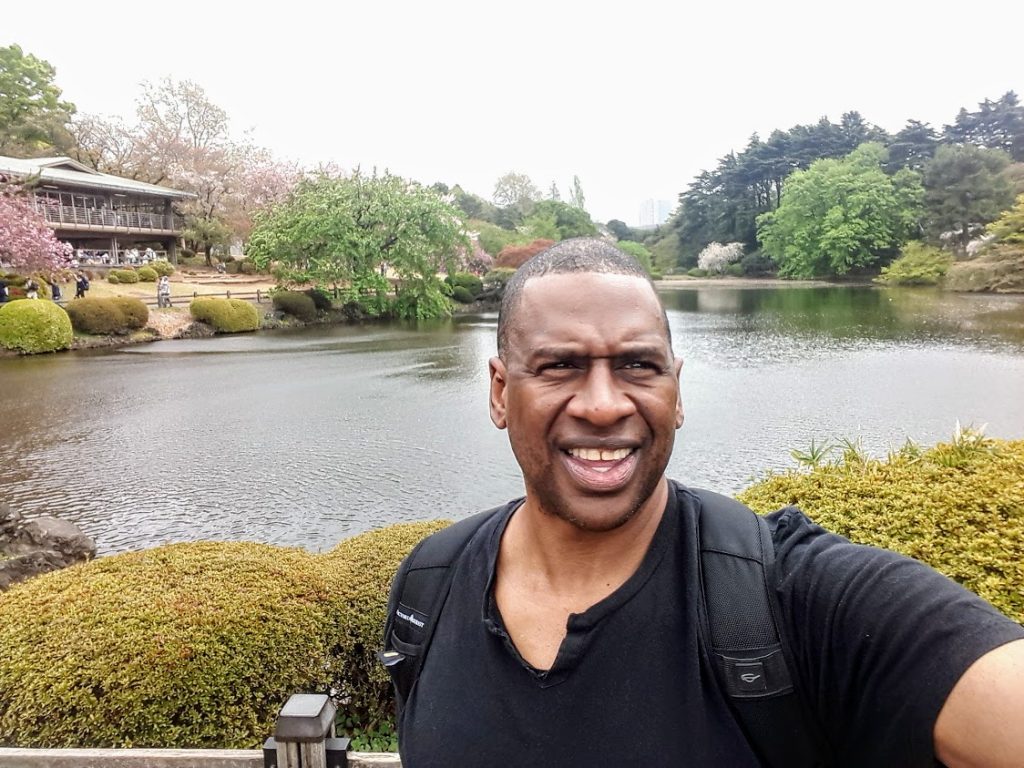 The acknowledgement to self that I was the only Black traveler on Singapore Airlines (top notch) flight from LAX to Tokyo Narita was an early heads up. Clearing customs, the long train ride in from the airport, the walk to the AirBnB in Nishi-Shinjuku, not another black person in sight. The baseball game, the bike tour, the cooking class, the cherry blossoms in the park, nothing. As a result, I felt like I was the only Black traveler in Japan and kept a running dialogue in my head to not overreact. I forced myself to use Google translate to interact and communicate with others. It’s then I found out I was in the safest place in the world for a Black traveler.

Ohayogozaimasu and Arigatogozaimasu are Japanese life savers. Good Morning and Thank you so much. Pronounced ‘Ohio-go za-ee-mas’ and ‘Ah-ree-ga-to-go-za-ee-mas’, the humility of the Japanese people and culture are based in those phrases. As a result, you hear them everywhere. Respect for privacy and space, cleanliness and fastidiousness abound. There’s a sign in the metro advising passengers not to talk on their cellphones. 38 million people and most prefectures (districts) are so quiet, you can hear a pin drop in the middle of the day. While I received plenty of stares, mostly from little kids, I never felt unsafe or threatened in any way. 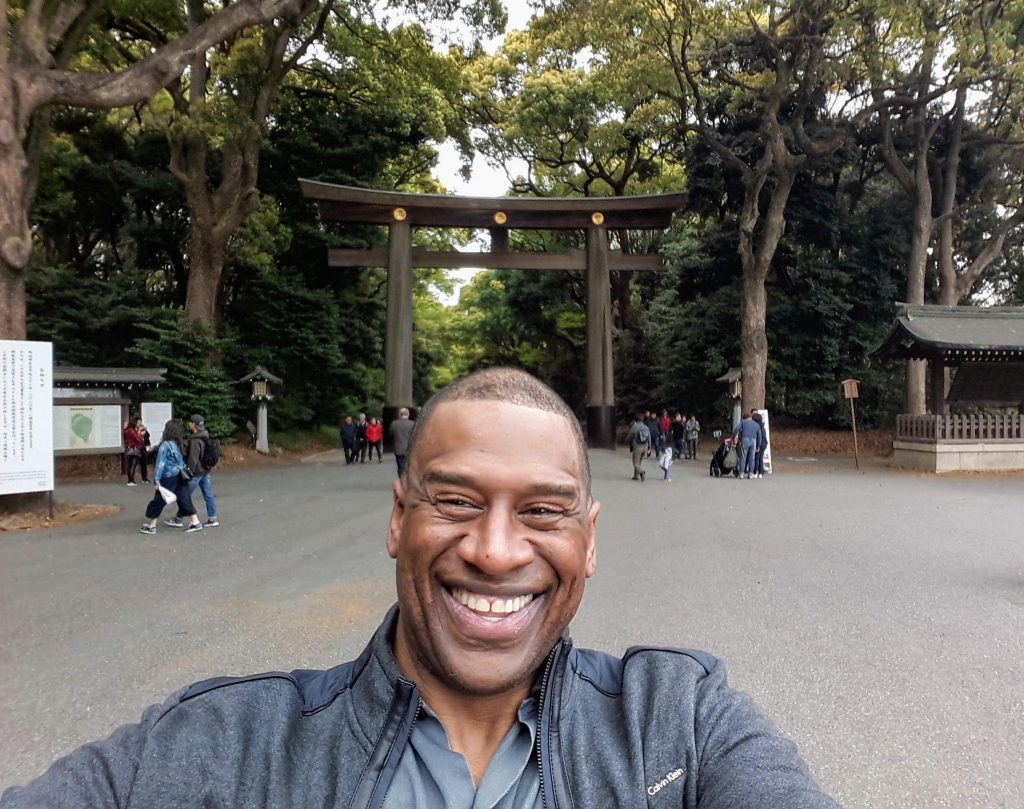 129.6 Billion is the amount spent on Domestic and International travel by Black travelers. 70% are more likely to travel to and purchase from brands and destinations where they see themselves reflected. 50% of Black travelers want to experience a new destination. Seeing a reflection of yourself traveling to places outside of the box inspires an emulation or mirroring of that reflection. I’m aware that plenty of Blacks travel to Japan despite my going 7 days in Tokyo and only eagle-eyeing a few. Travel is returning, slowly but surely, and travel to Japan is an experience not to be missed by all travelers. My community refuses to accept my proclamation that ‘the best fried chicken I’ve ever had was in Tokyo.’ The cuisine is on another level. The hospitality as well. When things return to normal, the Land of the Rising Sun should be on all races bucket list.

I’ve written about Tokyo in many blogs past. The cooking class,Okonomiyaki and Mayuko’s little kitchen cooking class, was so fun, delicious and informative to the culture. The bike tour, Freewheelin’ in Tokyo, has one of my early videos attached with a good portion of that amazing tour with a GoPro attached to my helmet. The baseball game, Tokyo Baseball – Singing with the Swallows, was a blast, though I wouldn’t book an event like that the day I arrived next time. I was completely exhausted.

My heart breaks that the Olympics, my favorite sporting event, was delayed from Tokyo 2020 to now Tokyo 2021 being in jeopardy of cancellation. It’s understandable as I am fully vaccinated, but the thought of travel anytime soon makes me unsure. Perhaps local or domestic travel, but international still feels a ways away. Ironically, I feel safer traveling abroad over anywhere stateside. Traveling while Black is a real thing and it sucks. Battling negative stereotypes perpetuated by the media and social media feels like dragging enormous boulders up a steep, endless mountain. Learning a few key words and phrases in the language of the country being traveled to, lightens that load. So does a smile.

key words and phrases in Japanese

Name something you cannot travel without?

I'm mixed race so I've always been enamored by those that are indigenous to their cultures. In fact my dream was to have a sort of meta-school on each continent for the indigenous of that continent so we could save the old ways from extinction. I miss the grandmothers and elders around when searching for some root I need or some other practical knowledge.

But to answer your question - hair products. I have mixed race hair and it takes product to tame it. Or I just used whatever organic lotion popular to the region on my hair. Now that I think of it, I should simply procure everything I need wherever I'm going. It would help their economy and my shoulders. They call it luggage for a reason.

That’s right Miche! The lighter the luggage, the more you can bring back with you!