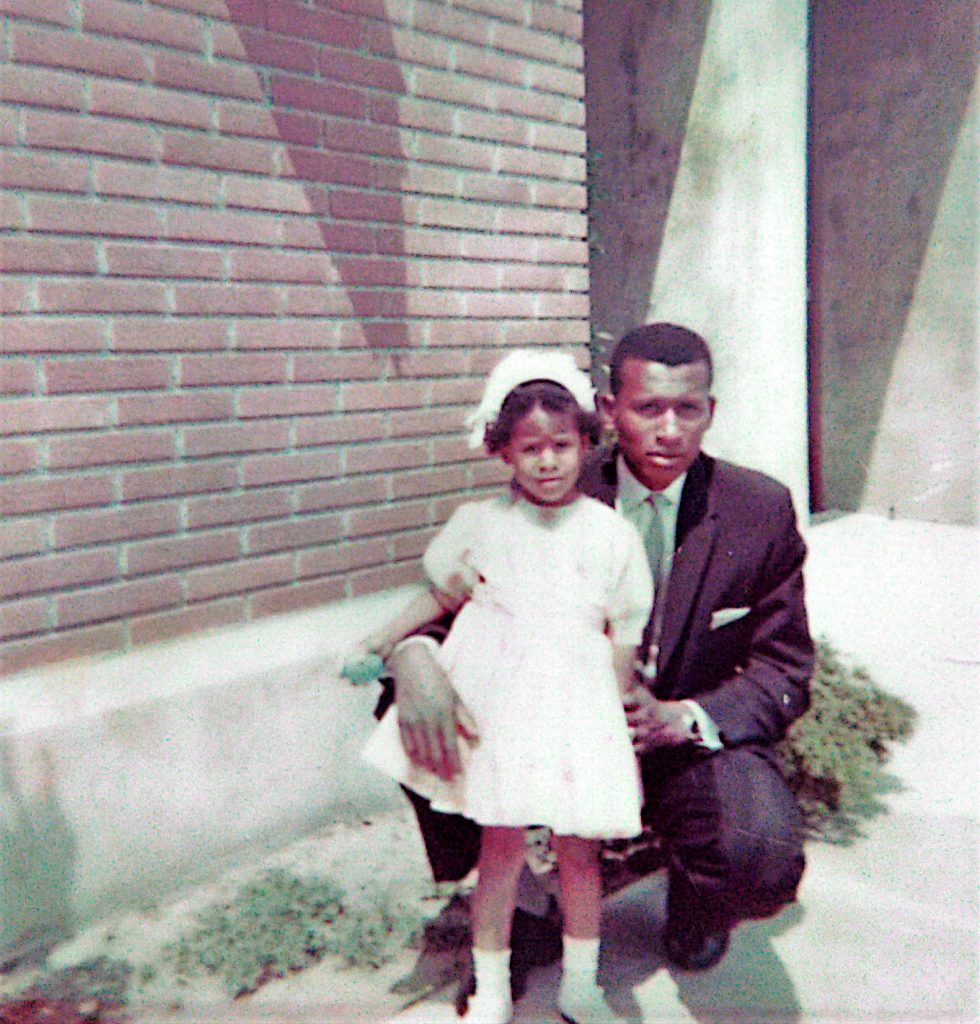 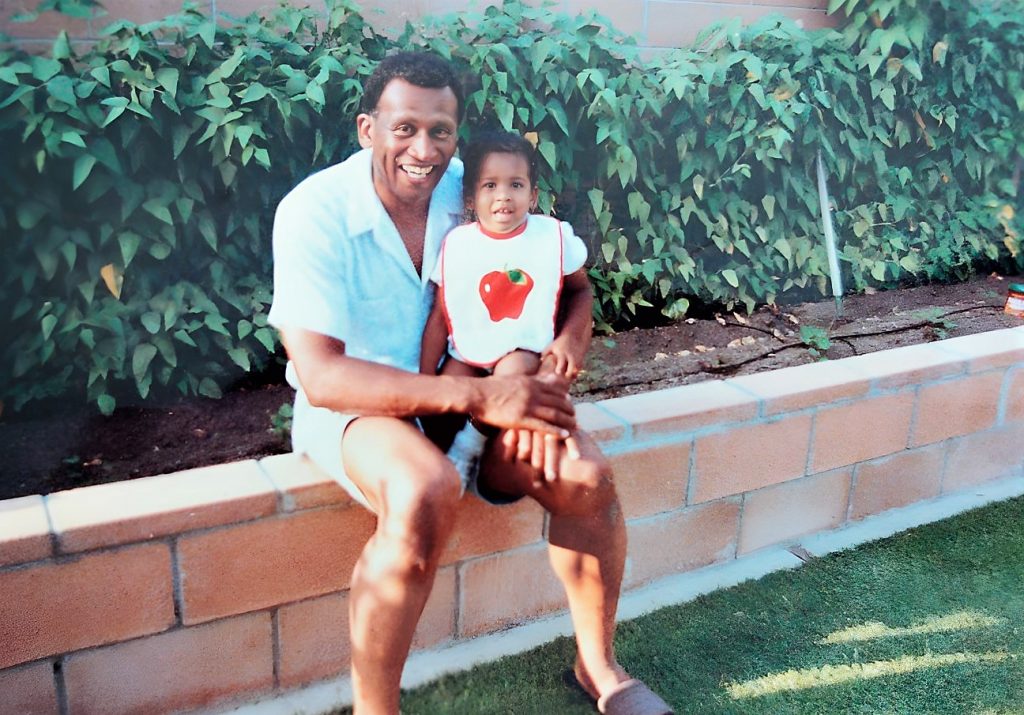 He wasn’t a movie star, although he did have the looks. My Father, Ulysses (pictured above with his daughter, Rosetta, and granddaughter, Michal), epitomized a great Dad. The eldest of 7, he was the first to leave home to go to school. Attending HBCU Grambling University and later serving in the United States Marine Corp, he was a man burdened with always setting the example. Never being allowed to show any flaws. As a result, he had high expectations for his children. Thus, my sister and I achieved remarkable things to please and honor his sacrifice. His support was unconditional and omnipresent. Talk about hitting the lottery. Not everyone can say that about their Dad. I’m well aware. 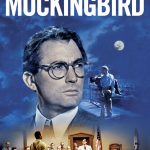 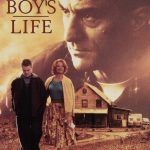 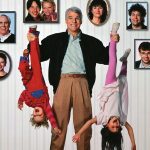 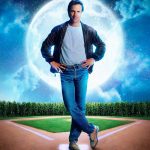 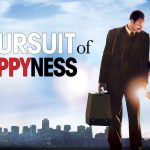 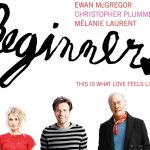 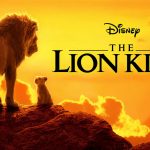 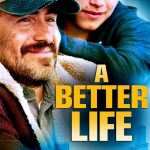 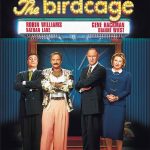 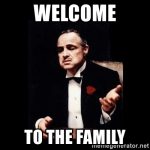 Worth more than soap on a rope and a bottle of Brut? 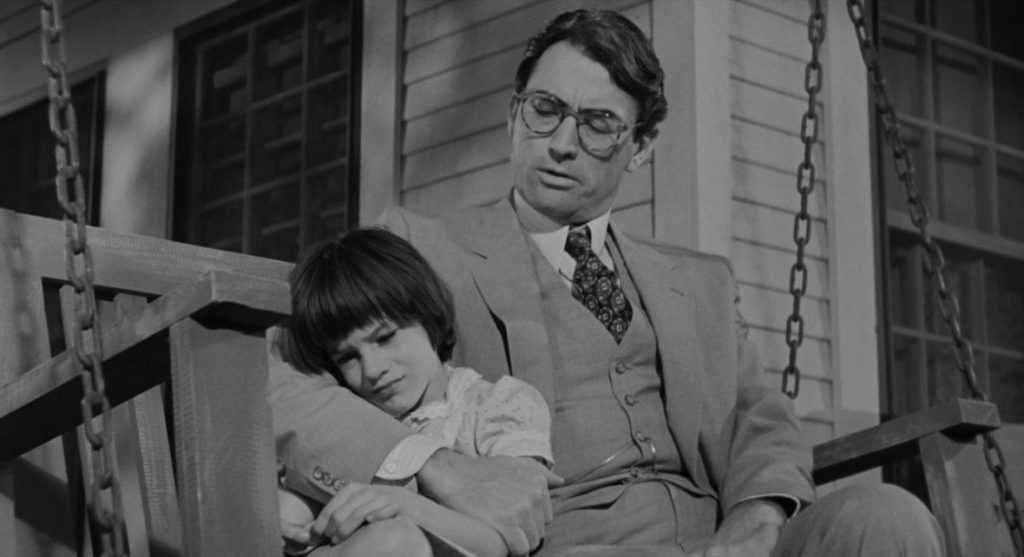 To Kill a Mockingbird

June 19 is Father’s Day. It’s also Juneteenth-America’s 2nd Independence day. I had an amazing time doing research for this blog. Hollywood, for all it’s flaws, has made some incredibly impactful movies about Dads. At the top of my list is To Kill a Mockingbird. Atticus Finch, a lawyer, is tasked with defending a black man (Brock Peters), who’s charged with raping a white woman in Maycomb, Alabama in the 1950s, this Robert Mulligan directed classic is Gregory Peck at his finest. Seen through the eyes of his 6 year-old daughter, Scout (Mary Badham), this Harper Lee novel turned movie won her the Pulitzer prize and 3 Academy Awards, including Best Actor. To Kill a Mockingbird trailer. (available on AppleTV and Amazon Prime) 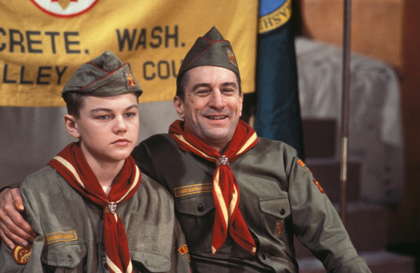 When single Mom, Caroline (Ellen Barkin), moves to the state of Washington with her son, Toby (Leonardo DiCaprio), meets and marries mild-mannered Dwight (Robert De Niro), in the 1950s, things go awry quickly. This powerful examination of a step-father using violence as a means of discipline and a mother’s unwillingness to give up on her marriage, made for riveting entertainment. Most importantly, the brilliant performance of then 18 year old Leonardo, gave Hollywood a sneak peak into a remarkable movie career. This Boy’s Life trailer (streaming on VUDU, Prime and Apple TV) Based on a true story. 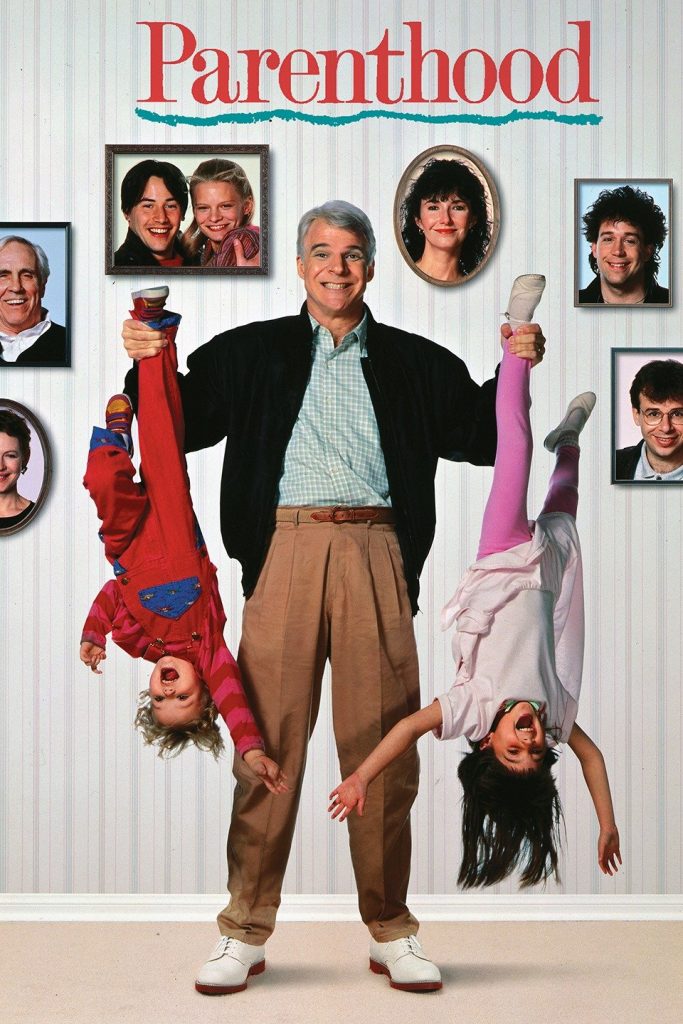 Firstly, this Steve Martin starrer, Ron Howard directed ensemble comedy, is one of my all-time favorites. A top notch cast, including Jason Robards, Dianne Wiest, Keanu Reaves and Mary Steenburgen, this 1989  film is seen through the eyes of perfectionist Gil Buckman, as he navigates life as a father, husband and family man. A $126 million box office gross helped Howard and still partner, Brian Grazer, to the A-list of Hollywood production companies. In 2022, they sold a majority stake to UK investment firm Centricus Asset Mgmt Ltd, for an estimated $700 million, marking a sea change in the industry. Parenthood trailer. (available on Peacock, Prime Video and Google Play). 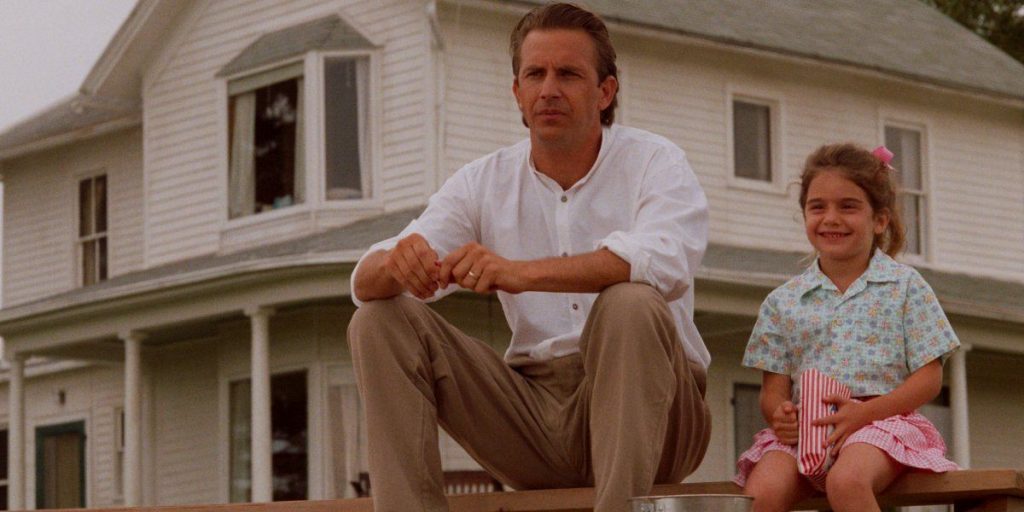 “If you build it, he will come.” Infamous words heard in the middle of the night by Iowa father, Ray Kinsella (Kevin Costner), compelling him to pursue a dream even he can hardly believe. Director/Screenwriter, Phil Alden Robinson, originally offered the role of Ray to Tom Hanks, thinking Costner would not want to follow his previous film, Bull Durham, with another baseball movie. A tremendous ensemble cast including Amy Madigan, Ray Liotta, Burt Lancaster and James Earl Jones. “Sometimes, when you believe the impossible, big dreams come true.” Field of Dreams trailer. 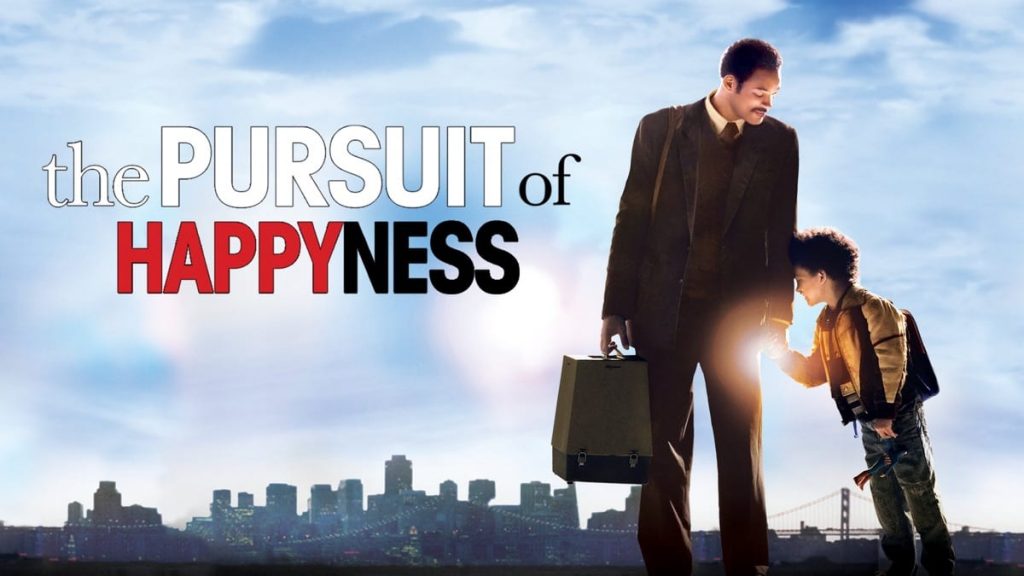 The Pursuit of Happyness

Giving credit where credit is due, this 2006 Will Smith starrer as single father, Chris Gardner, is one of the best performances of his career. Co-starring real-life son, Jaden, this rags to riches tale is based on the true story of the character of the same name who went from homelessness to successful businessman. In addition to putting his talented son on the Hollywood map, the film grossed a mighty $307 million at the box office. In addition, it earned Smith a Best Actor nomination. Directed by Gabriele Muccino. A terrific feel-good film. The Pursuit of Happyness trailer. (Peacock, Hulu). 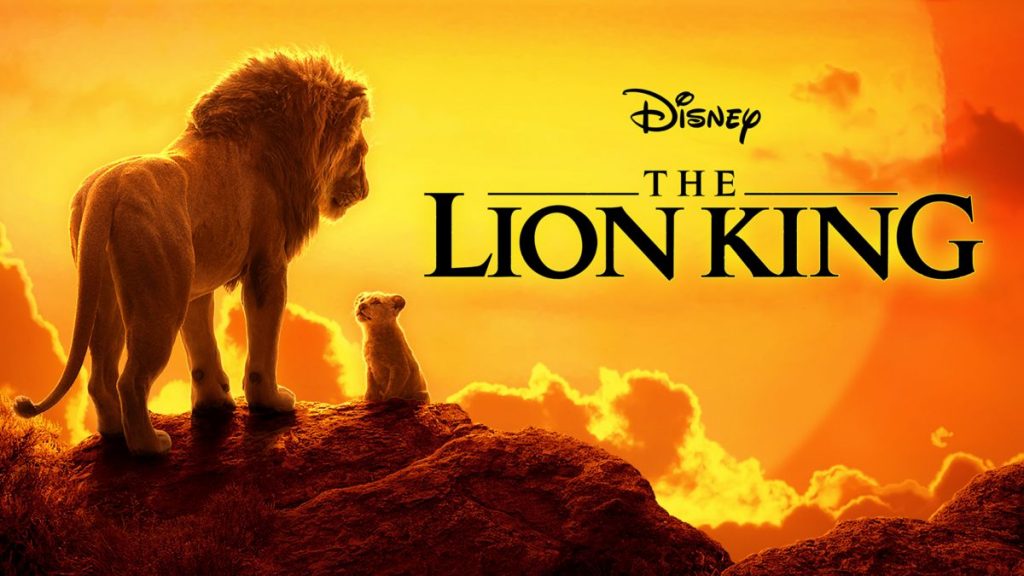 This 1994 animated musical behemoth remains one of the most influential and profitable films in Disney history. Grossing a whopping $985 million at the box office, the subsequent Broadway musical is still top 3 highest grossing since its opening in 1997. Most importantly, it reminds me that James Earl Jones, (Mufasa), is one of the most important voice actors in Hollywood history. Adapted from Shakespeare’s Hamlet, this beautiful look at a father’s undying love for his son who would be king. Other legendary voices include Whoopi Goldberg, Matthew Broderick, Jeremy Irons and Nathan Lane. The Lion King trailer. (Disney+) 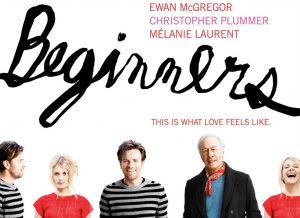 After his mother dies, Oliver (Ewan Macgregor) is stunned when his father comes out of the closet in his seventies, while also battling terminal cancer. As a result, Beginners is director, Mike Mills’, beautiful exposition of love and loss is treated with tenderness and, at times, heartbreakingly sad. Stellar performances from McGregor and Christopher Plummer, earning many accolades including Plummer the Oscar for Best Supporting Actor. Beginners trailer. (Apple TV) 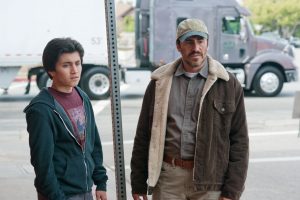 A beautiful film about an immigrant day-laborer father, (Demian Bichir) and his struggle to connect with his modern day LA son, (Jose Julian). Frightened that he will slip into the gang-culture with his girlfriend, father and son set out to reclaim Dads stolen truck. Released in 2011, this moving film, directed by Chris Weitz, earned Bichir an Oscar nomination for Best Actor. An uncommon film as it is set in a Hispanic community and featuring an almost entirely Hispanic cast. Highly recommend. A Better Life trailer. (Apple TV, Google Play, Vudu). 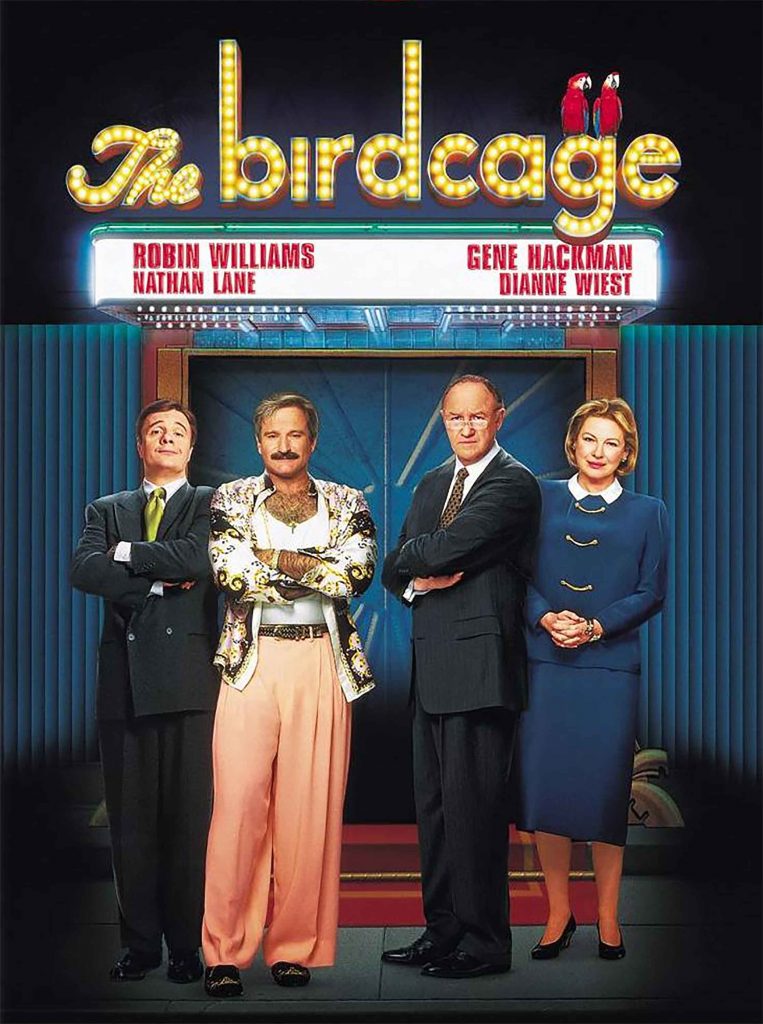 Robin Williams and Gene Hackman play father’s of a different kind with their children’s upcoming nuptials in common in this 1996 comedy. Directed by Mike Nichols, this bawdy farce, set in South Beach, Miami, is a tour de force role for Broadway legend Nathan Lane. A remake of the classic French farce “La Cage Aux Folles”, the film sneaks in an air of inclusivity and it’s more than worth it to revisit Gene Hackman in drag. “A triumph!” The Birdcage trailer. (HBO Max) 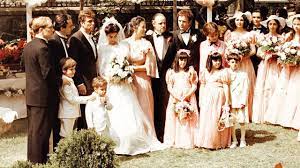 I’d be remiss if I didn’t include Don Vito Corleone as the ultimate father in, what some call, the greatest film ever made. Mario Puzo’s best selling novel, which he co-wrote with director, Francis Ford Coppola, has been studied in film schools worldwide. Since it’s release in 1972, this mob drama is considered the best cast in Hollywood history. Marlon Brando, Al Pacino, Robert De Niro, Diane Keaton, James Caan and Talia Shire, to start. The original and Part II have won a combined 9 Academy Awards of 28 nominations. The Godfather trailer. 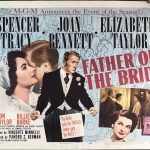 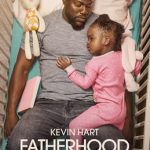 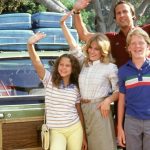 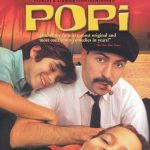 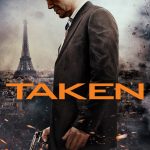 It’s always hard to narrow movies down to 10. Movies are subjective, which is the wonderful thing about them. I look forward to your favorite Dad movies. A nice escape from all that surrounds us. Thanks, as always, for reading. Until next time, I leave you with my favorite song about Dads. Luther Vandross, “Dance with my Father.” Cheers Dads!

What are your favorite Dad movies? 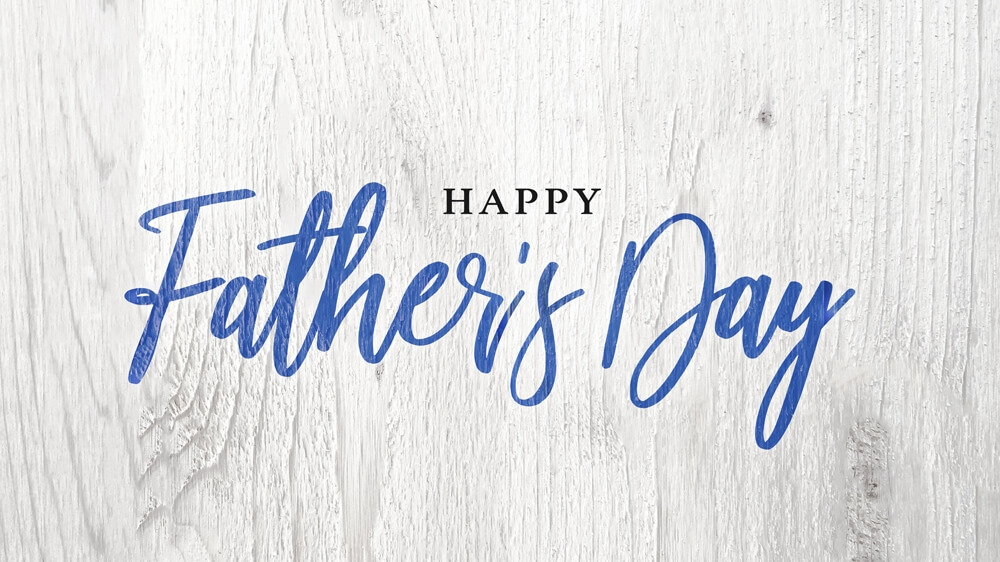 Enjoyed the pictures of your dad. Both your parents were such Godly people. I miss them so much!

I have seen about half of these movies, but I think I will watch the other half! Thanks, Chris.

Great list! There's a few on there I haven't seen but plan to now. How about the Great Santini? Oh wait, we're talking about good Dads not horrible ones. My bad. :). But seriously, great movie about a horrible dad.

One of my favorites that comes to mind is A Beautiful Life. Talk about a tear jerker. But it amazed me how the dad showed his son how beautiful life could be in the midst of one of the most horrific periods in history. We're always looking for a good family movie and Parenthood is a great one for that! Thanks Chris!

Great choices Mike. A Beautiful Life and The Great Santini and both classic films. 2 of my favorites. Thanks!