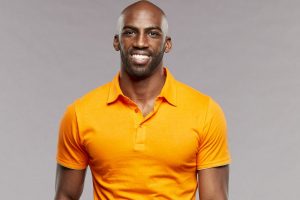 For 85 days I watched the reality show Big Brother. Like never before. In its 23rd season, for the first time, an African American won. Xavier Prather (pictured above), the 27 year-old attorney from Kalamazoo, Michigan, outlasted 15 others to take home the $750K grand prize. It was a riveting summer, especially for BiPOC, what I’ve come to learn is Bi-racial people of color. The 6 BiPOC cast members formed an alliance called ‘The Cookout’ and successfully and secretly carried each other through to the final 6 and eventually to Xavier. Reality TV history. 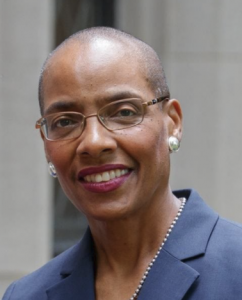 Why have I never heard of Pauli Murray until recently? Ironically, a social media website called @PushBlack introduced me to this forgotten civil rights hero. Born November 1920, orphaned by her parents and raised by her maternal grandparents in Durham, North Carolina, Pauli Murray became lawyer, author and founded the National Organization for Women (NOW). In 1977, Murray became the first black woman to be ordained as an Episcopal priest, in the first year that any women were ordained by that church.

Ahead of her time. Aren’t they all?

In the 1940s, Pauli was arrested for refusing to move to the back of a bus and for organizing sit-ins, but the NAACP refused to take her case. She continued to progress, helping to form the Congress on Racial Equality (CORE). Still, her name largely kept out of the history books. Why?

It would appear that, in addition to her progressive politics, her LGBTQ identity kept her out of the spotlight. Pauli Murray identified as both a lesbian and what we call today “transgender”. Other, more prominent civil rights activists were afraid she’d make them look “too radical” or harbor prejudices of their own. Murray fought racial, gender, and sexual discrimination her entire life and her erasure from our history is tragic. The movement for liberation has often failed black women and queer and trans people. Her life and phenomenal accomplishments deserve so much more recognition than she’s received. 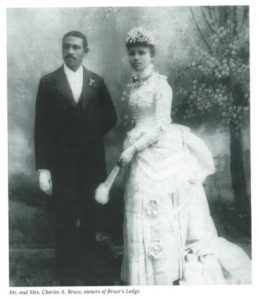 In 1924, a resort in Manhattan beach California owned by Willa and Charles Bruce, the city’s first black landowners, were forced off the land where they lived. They had also built a resort for other vacationing blacks to swim and lounge and dance without being subject to racial harassment. The city of Manhattan Beach, citing Eminent domain, seized the property from the Bruce’s, claiming to need it for a public park. They were paid $14,500. They lost their business and moved away. 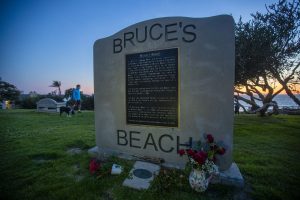 On September 30, California Governor Gavin Newsom signed into law a bill that paves the way for Los Angeles County to return the two parcels of land that belonged to the Bruce family over 100 years ago. Reclaiming Bruce’s Beach. Homes along the Strand in Manhattan Beach routinely sell for 20 million. The land is estimated at around 72 million. Descendants of the Bruce family are seeking restitution of over 100 million. Another for the history books.

As previously mentioned, I am a member of the Screen Actors Guild nominating committee for television. From now until January, I get to screen every television show for nomination consideration in 2022. As a result, I see a lot of crap. So far, the only new show I can recommend is the reboot of The Wonder Years. Produced by ABC and Lee Daniels, it captures the magic of the original version as a man recalls his experiences growing up in Montgomery, Alabama during the late-1960s. It’s heartwarming and touching.

Having just won 7 Emmy awards last month, including Best Comedy, Ted Lasso is my favorite of all the comedies out there. Smart, intelligent writing and a fabulous cast of theatre veterans, Jason Sudekis is at the top of his game. How difficult it must be to produce a show about positivity without being preachy. As a result, I laugh and cry at nearly every episode. A very high recommendation. On Apple TV+

I’ve learned to preach “if you see something, say something.” I feel blessed for the ability to acquire knowledge about people that I hadn’t previously, like Pauli Murray and the ability to write about it on this blog and share it with you, my reader. It’s easy to be frustrated that inspiring history like hers continues to be buried. Slowly but surely, however, these spirits continue to rise, their paths undeniable and given voice. My trip to visit my relatives in the south in 2019 was invaluable. Visiting the South-Knowledge is Power. Knowing where you’ve come from sure helps knowing where you’re going to. I hope to never stop learning. It’s fuel for the mind and a never ending gift.

Thanks for all this wonderful stuff, Chris! I really missed discussing BB at work this season. Best year ever. It was amazing to watch the Cookout put the team and their goal ahead of their own interests. Life lesson!

Wow! Thanks Birt for sharing this knowledge! Much appreciated!

Wow, you make me proud, Chris. It's wonderful we've accomplished so much but we are still the same people that wouldn't take on a gay person's case or hire a woman priest. We, as a people must learn from the inside out how to be the men ad women our ancestors know we are. Children of the Divine! Nothing more nothing less human.

Totally agree Miche! There’s a lot of work still ahead of us. Thanks for commenting!

Thanks Chris! Good stuff! Let's hope stories and efforts like those get more and more recognition. I believe the Bruce's Beach story was featured on John Oliver. Great to see it get recognition. Hopefully, it leads to restitution. Awesome to see you're still blogging!

Thanks Mike. I hope you guys have the BEST time this week!