Note: I’ve updated this due to the ongoing pandemic outbreak of the COVID-19 or Coronavirus in the US and, in particular in LA. Currently, Los Angeles County has 27 diagnosed cases and 1 death. Most events in LA including the NBA, E5, Indian Wells tennis and multiple concerts have been cancelled or postponed. The Pantages theater as of 3/11, plans to go forward with Hamilton, which has also been extended until November 22. The theater has assured the public it is closely monitoring the evolving situation and has provided extra hand sanitizing stations throughout the lobby and bathrooms. They have advised any patron who doesn’t feel well is encouraged to stay home and contact the point of purchase for more information regarding ticket exchanges and policies.

(I have already downloaded the app and entered the lottery. Definitely worth the risk). 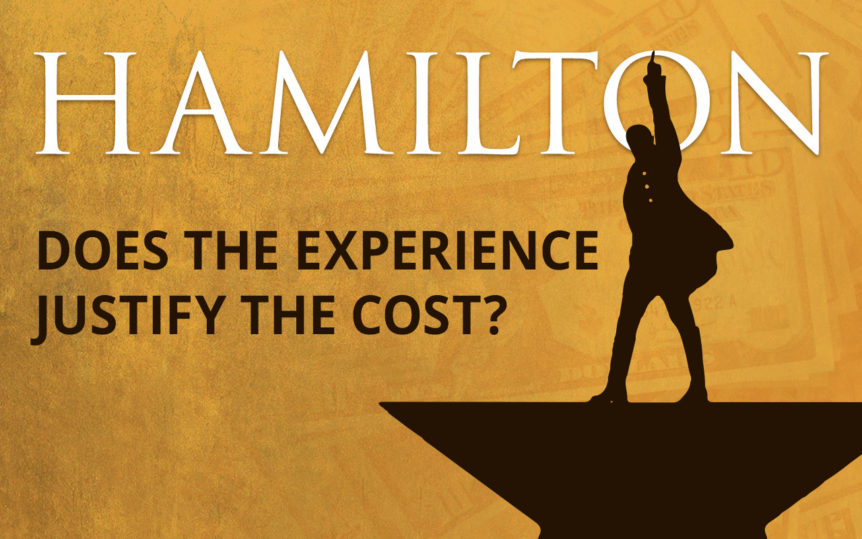 Or should you just wait for the movie?

Its been 5 years since Hamilton debuted at the Public theater in New York and from that point the Lin Manuel Miranda masterpiece about Alexander Hamilton and the origins of politics in the United States of America changed the culture of musical theater. It now makes a triumphant return to the Pantages in Hollywood from March 12 through September 20, 2020. The question is, with ticket prices beginning at $170, for those that haven’t seen it, is it worth it?

I’m, like this country, divided in my response. Having seen Hamilton in 2017, also at the Pantages, I can still remember the feeling I had while watching this spectacle unfold before me. The $200 plus I spent on the ticket was quickly forgiven and forgotten as I was drawn in from note one into a world I had never seen before on stage. Near theatrical perfection takes place with every element from casting to sound coming together to provide the audience with an experience. A US history lesson is an added benefit. It reminded me of those clever Schoolhouse Rock segments that aired when I was young, really young, with catchy tunes that I remember to this day on how a bill becomes a law and adverbs.

So it seems like my answer is Yes. Skip the rent or the mortgage, budget, save, miss that concert this summer to see something that, even if you don’t like musicals, which I hear a lot, is so different to what one would imagine a musical to be. Recently, it was announced that the original cast filmed a version of the Broadway show that Disney purchased for $75 million to distribute in theatres in October of 2021. So, why not wait until then when the cost won’t sky rocket to $1000, like it still does today, but a guaranteed $15?

Hamilton offers a daily lottery system whereby downloading the app allows entry for a designated number of tickets to be sold at $10 with 24 hour notification. Although it seems easier to win the state lottery, if your name is selected (2 tickets max), that is a clear cost justification. With times being so uncertain economically, I cannot in good conscience, recommend spending those exorbitant prices for a 3 hour show, even for the experience of it. In a world of supply and demand, those prices have not come down since scalpers forced them into the stratosphere nearly 5 years ago. As of this writing, last week’s average ticket on Broadway was $248.89, further indication that there won’t be a dip in prices anytime soon. 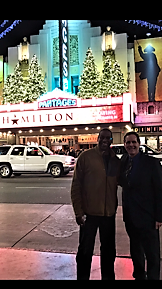 seeing Hamilton in 2017 with my friend Eric

Hamilton will be in LA for 6 months. There are currently companies in San Francisco, London, Miami and Toronto and all shows are still selling out. The desire to see it again is so great, I’m wondering how much I could get for a kidney. At least enough for a balcony seat on the side. We’ll see. I’ll do a cleanse and let you know how it works out. Oops, phrasing.

Have you seen Hamilton? Will you?

I plan on seeing it this time around. Since i'm saving on my concerts due to Covid 19, hopefully I'll be able to get a ticket.

I hope you get the opportunity. It’s definitely worth it.

Thanks, Chris, for the interesting review of Hamilton. I probably won't see the show, unless some kind-hearted person pays for my ticket. I need every penny I have to pay for my residence in an assisted living facility!

Hi Mrs. Muci I tell you what, if I win the $10 ticket lottery, it’s definitely you and me at Hamilton. Of course, after all this passes. Please take care of yourself. Best CB