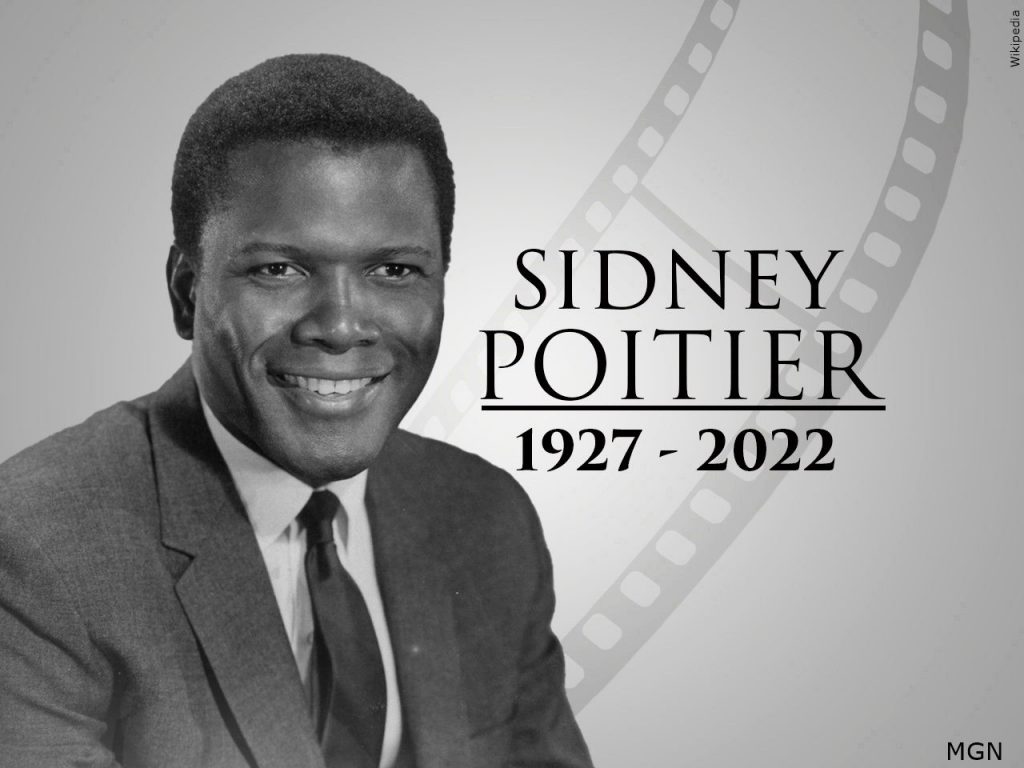 And my time with the GOAT

I was insistent upon myself to get there early. I was so nervous. Casting director Jane Brody had told me earlier at the first audition that he might be there at the callback. The Director, Peter Bogdanovich would definitely be there, so, arriving early was imperative. I could walk the hall with the other hopefuls that bear a striking resemblance and hopefully shake off the nerves.

It was a beautiful autumn day in New York City. There was a decided crispness in the air. To my surprise, when I walked in the casting office, there were no other actors there. Only me. I went over my lines and waited to be called in. Praying that my shaking knees would not be visible under my tight jeans, suddenly the door opened and there he was. 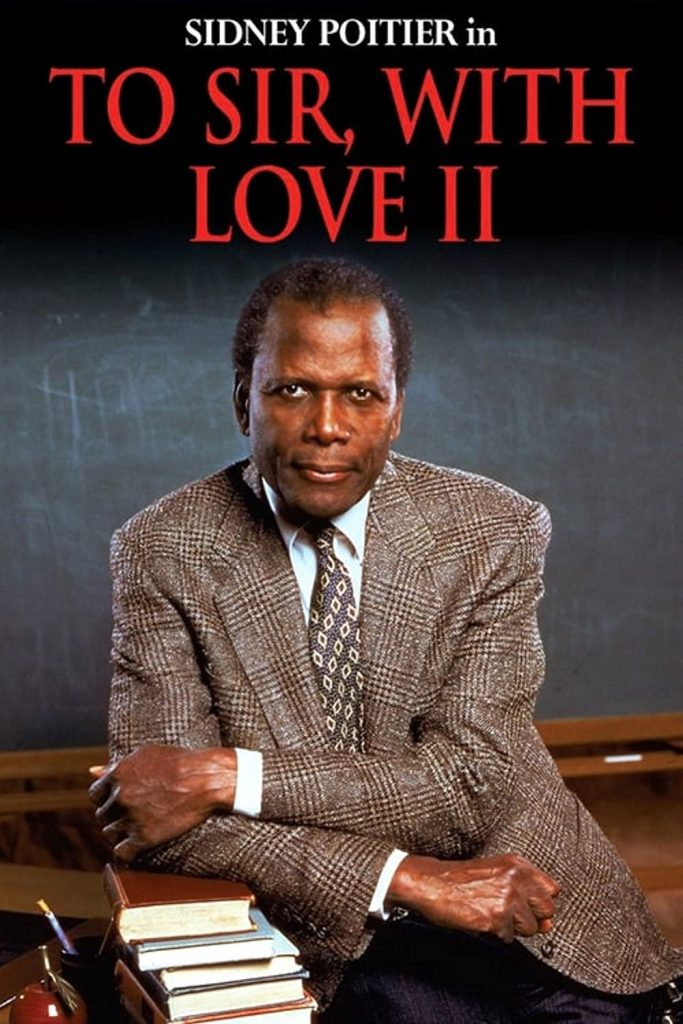 Peter Bogdanovich, the legendary Director of films like The Last Picture Show and Paper Moon was there as promised, in his classic ascot, but I almost didn’t notice. My eyes were fixed on him. He was tall, like me. When he stood up to greet me, it felt like standing next to one of those giant redwoods in Yosemite. I felt all the oxygen leave my body as I tried my best not to crack. I had trained for years on two continents for this very moment. I was, at the very least, prepared to do a great reading. At that moment, however, I could barely remember my own name.

He treated everyone with respect

“Nice to meet you Mr. Poitier, I’m a huge fan. Nice to meet you Mr. Bogdanovich, I’m a huge fan” is all I could muster. Inside I was begging, “please, just get to the reading”, but no, he was determined to fuel my admiration. As well as my nervousness. “I’ll be reading with you” he said. I braced for impact. “Okay great!” I said, and off we went. The exchange between us was so smooth it was palpable. I listened to him. He listened to me. It felt like a dance. When we finished, he sat down, long pause as he looked at me thoroughly, and said, “You look a little like me.” I truly don’t remember much after that. It was as much as I could do to get out of the office and float on air back to my apartment downtown. 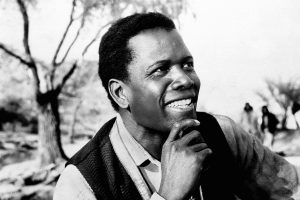 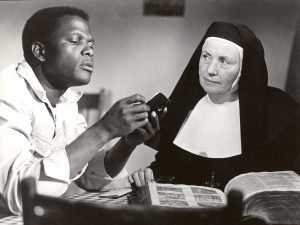 Sidney Poitier won his first Oscar in 1964 for his role as Homer, the reluctant handyman in Lilies of the Field.</em

When I learned of his passing one week ago as of this writing, or January 6, 2022, my heart sank, then soared. To have had a moment with with the man that changed everything for Blacks in entertainment. The man who came to America from his native the Bahamas at the age of 15, illiterate, and rose to be granted a knighthood by Queen Elizabeth in 1974. The man who starred in over 53 films and was the first Black man to win the Oscar for Lillies of the Field in 1964. The man who fought through racism and exclusion in Hollywood with dignity and grace like no other. The man who set the bar so high that all who came after him could stand on his broad shoulders. How could I be sad?

Frigid Chicago temperatures, not a peep

To Sir with Love II, a CBS television movie, was filmed over 28 days in Chicago in November and December of 1995. My 2 scenes as Mark Taylor, the son of Poitiers’ Mark Thackeray, a son to whom he wasn’t previously aware, were scheduled at the opposite ends of the shooting schedule. As a result, my contract was what is known as a drop/pickup. It allows the studio to pay you, drop your contract and pick it up when you return to film. As opposed to paying you for the entire shoot. 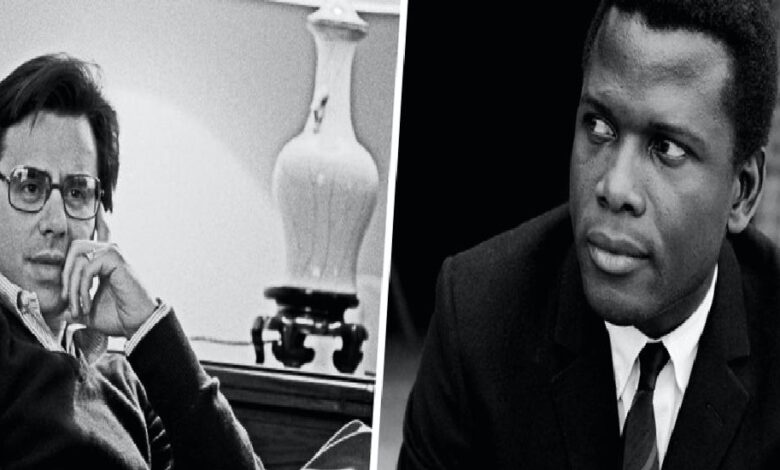 Winter had come early to Chicago that year and the temperatures were frigid. For the exterior scenes, the crew set up giant space heaters that, between scenes, I wanted to climb into and hug tightly. He never said a word. When we were filming the hospital scenes with actress Cheryl Lynn Bruce, who played my dying mother, during a set up the crew was rigging a light when it slipped and fell right on Mr. Poitiers head, drawing blood. The room froze. He remained very calm as the medics cared for him, refusing to leave the set to be attended to, not wanting to cause any delays. As soon as they finished, we went straight back to filming. We were in awe.

Lulu, the British singer/actress and co-star of the original To Sir with Love in 1967, was on the set the day the hospital scenes were filmed. She waited patiently for Mr. Poitier to get a break to surprise him. This happened at the same time word got to him that 2 fans had been waiting outside the hospital, in the snow, to meet him. He insisted on them being brought to the set, given hot chocolate along with his warm greetings and appreciation for their support. He then went to see his old friend and co-star and greeted her as warmly as the fans. “Oh Lulu, you’re a marvel!” The ever-present smile melting all who were near.

After a 12-hour day filming with my idol, where most of my responses to him were monosyllabic, like “yes sir”, I knew I had to say something. I couldn’t let this opportunity pass. I approached him, steadied myself and said, “I just wanted to say to you how appreciative I am of you and how grateful that I am to you that you became an actor because if you hadn’t I couldn’t have and I couldn’t let this moment pass without telling you that.” He seemed a little taken aback as he smiled and said, “Well I thank you for that. You’re a very gracious young man and a fine actor.” I told him if I never worked again it would be fine with me as this was the pinnacle. That was 27 years ago. It’s still true. 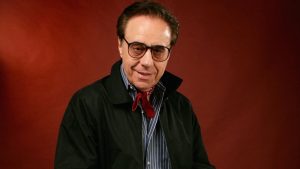 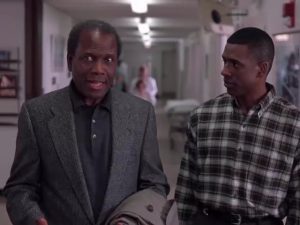 These are extraordinary times we’re living in. Sidney Poitier, (94), and Peter Bogdanovich, (82), died within one day of each other. Betty White, (99), died a week before them. Comedian and actor Bob Saget (Full House) died in his sleep, at 65, a couple of days ago with musician Ronnie Spector dying earlier today. Shattering, once again, the “dying in threes” old saying. All this playing against the backdrop of nearly 1 million Americans and 5.3 million people worldwide passing away to a global pandemic. It feels surreal. Being away from most human interaction over the last 2 years makes it seem even more so. Through it all I feel extreme gratitude. For my life experiences and the ability to share them with you, my valued reader. Thank you as always for your support.

I did not know that you were a celebrity! I always thought you were "just a nice guy." Sydney pointier was not only one of my favorite actors but also a man I had great respect for. He, like my father, quietly made his point while still showing respect for the other person.

Thank you Gayle! You were right. I am just a nice guy! He reminded me of my Dad too!

Thank you for sharing these incredible memories! I thought of you when I read of Sidney Poitier’s passing. We walked into 2022 full of hope for change and a brighter future only to feel deep loss of those who gave us so much joy. Hugs to you my friend 😘

Thank you Sandy. Right back at you!🤗

I remembered your fondness for Mr. Poitier and thought of you when I heard he had passed. Thank you for sharing.

Thanks Tricia. So nice to hear from you!

What a great story! And a beautiful tribute. It’s so good to know that Poitier was exactly the man we all hoped he would be in real life. How wonderful that you played opposite him. I love the clip you included with him talking to reporters. That seething anger under his calm exterior was classic Poitier.

Thanks Noreen. I agree with you. Classic Poitier!❤️

Oh dear God, I had no idea... Thank you for that lovely memorial ...I must cry now and then rent every film he made. He used to come to a restaurant I worked at when I first moved to LA. I could barely walk when seating him, so to have worked with him would have been more than I could contain. And yes you do look like him, you lucky.

One day he walked through the door followed by Raul Julia. They both smiled at my adoring geekiness. When I came back to seat Mr. Julia he kissed me on the cheek. I'm Afro-Rican so that day I was sure I had been kissed by the Gods of creativity. In fact it was less than a month after that I got my first SAG job. St. Poitier is the patron saint of most Black artists, indeed. I can't believe he's gone, yet...

What a great story, Miche! Thank you for that and for your kind words and, as always, your support.