Being shot in Hollywood 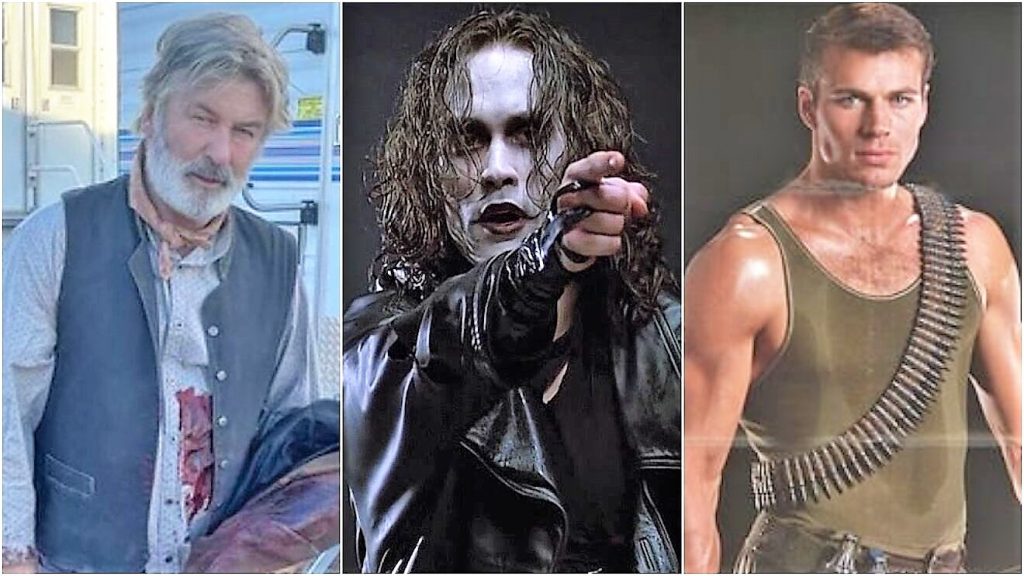 Isn’t it supposed to be make believe? 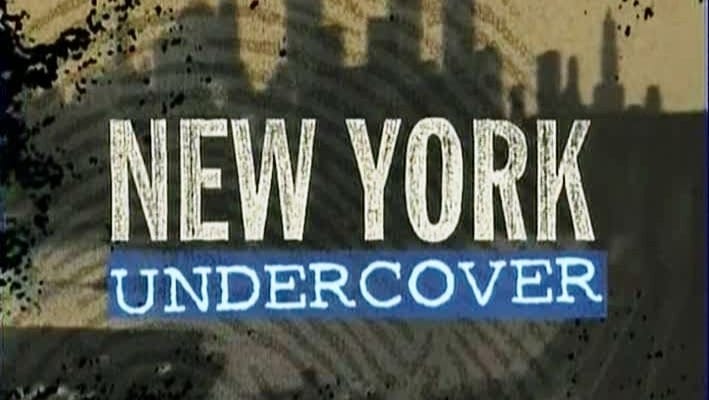 The time I feared for my safety

In 1994, a little over a year after the death of Brandon Lee, I was living in New York City and had booked a part on a new show for Fox called, New York Undercover. Starring Malik Yoba and Michael DeLorenzo (whom I had previously worked with on the TV show Head of the Class), my character had witnessed a crime and, after identifying the suspect, was snuffed out by a hitman while drunkenly leaving a bar. Call me maudlin, but I loved dying on camera and was anxious to shoot the scene. It would be the last day of shooting. A night shoot in Harlem. I would wrap and immediately fly to Wilmington, North Carolina, to film a part on the show, Matlock, at the DeLaurentis studios. The same studio where Brandon Lee was killed. 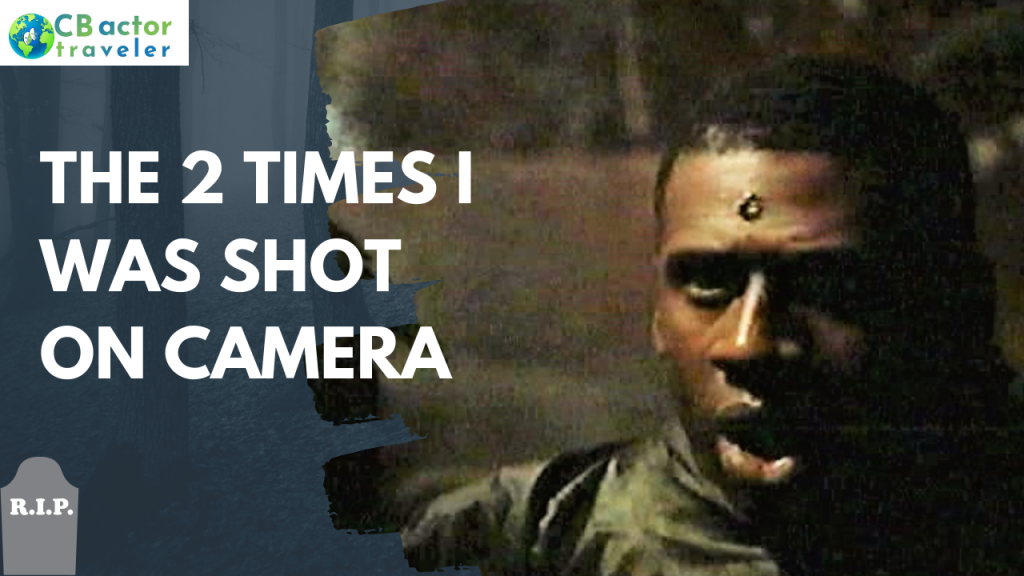 Being my first time to be murdered, I remember being a bit anxious that night. The union for actors, the Screen Actors Guild, was very specific when it came to gun safety on the set and I had, nerd that I am, brought the handbook with me. There is supposed to be a gun supervisor, first aid, and no one is to touch or handle the gun, ever, until the actual filming when the set is to be closed and locked off. The actor hired to shoot me was a female who had never held a gun before, let alone shoot one. The director for the 2nd unit was one of the producers on the show. It had been someone different for the dialogue scenes, so I was meeting him for the first time. Cell phones were new and most were the size of the shoe phone on Get Smart. I remember him talking on it constantly between takes, barely paying attention to the action. 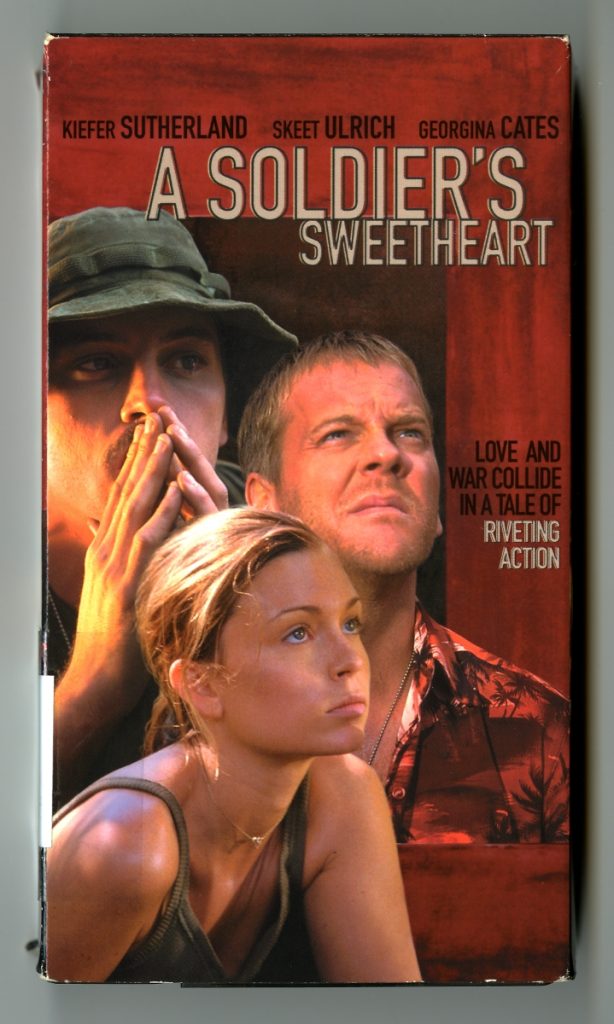 It was a very busy night in Harlem that night. There was a lot of activity and you could hear sirens and loud noises that were interrupting filming, though sound was not being recorded. It would be added in post production. The action was for me to walk drunkenly down the street, a car would pull up and the driver would point the gun at me and shoot. I would then fall back against the wall and slump down the stairs of a brownstone, where I would be discovered the next day by the dumpster. They saved the actual gun shot for the last setup. I looked over at the young lady and asked her if she was ready. She replied, “No, I don’t even know what I’m doing.”

CB walks off the set

There was no gun supervisor, no first aid, just crew members and a very distracted Director. I had already filmed the scenes of me throwing myself up against the wall, causing minor back injuries. The girls hand was visibly shaking when she was pointing the gun at me. It was supposed to be to the side of me, but, during the first take her hand was shaking so badly it was pointed directly at me. The director yelled “Cut”. The assistant director approached me and expressed concerns about the situation, which was enough for me. I stormed off the set, cursing and yelling that “I will NOT be the next Brandon Lee! Not for this little money! I’m out of here!” The production assistant followed me. The director didn’t even notice.

When I reached my dressing room, a long city block away from the set, I didn’t know what to do. It was close to 8pm EST, which meant 5pm on the west coast. I picked up the SAG handbook and called the emergency number. Thankfully, someone answered and as I began to explain my dilemma, the director arrived, screaming at the top of his lungs “What the fuck do you think you’re doing. NOBODY walks off my set! I will kill your career so fast….”

The representative from SAG had heard the entire exchange and told me to hand the Get Smart sized cellphone to him. For the next 3 minutes, the director went from a raging lunatic to a silent child. He quickly went from “What? Who is this?” to “Yes, I understand, I’ll hand it back to Chris.” He apologized and pleaded with me to go back to the set to get the final shot. I obliged after responding with a few choice words of my own. I remember getting back to my apartment feeling that I had literally dodged a bullet. When I needed them the most, the union was there to support me and ensure my safety. The next day I flew to Wilmington, NC, where the studio that Brandon Lee was killed in still blocked off. I had a great story for the Matlock cast and crew.

A few years later, I would be in Auckland, New Zealand, to film the movie “A Soldier’s Sweetheart” with Skeet Ulrich and Kiefer Sutherland. This time, filming was a dream and at the end I got shot right between the eyes with blood splattering everywhere. The amazingly friendly crew, mostly New Zealanders, took extra special precautions as they hooked me up with a squib (a small electrical charge with a fake blood pack attached to it). I was then fitted with a harness that jerked me back on action as my head explodes onto Kiefer Sutherland. I spliced the two scenes together in the above video for reference. I should add that my mother never liked watching these and would call me immediately after airing to check. I loved it.

Accidents on the set of Hollywood productions are more commonplace than they should be. I remember the morning the production office of The Bodyguard called me saying not come to work that day as a crew member had died while unloading a scissor lift from a truck when the hydraulic brakes malfunctioned and crushed him. He was the guy who taught me how to drive the limousine and we were devastated. Too often things are rushed on sets, usually over money and steps are not taken properly. Unions like IATSE are now demanding safer working conditions. I’ve written that we’re living in extreme times with gun violence more prevalent than ever. A reminder that life is indeed precious and that tomorrow is not promised to any of us.

What are you most thankful for?

Great stories and I love that you walked. That's was a very brave thing to do. I'm not sure why we need to be so realistic about violence, especially gun violence in TV and film. Those images are tough to get out of your head after you've seen them. I worry that some people think all victims get up and go do a new show after being killed.

I agree BA, change is needed.🤞🏽

I can see why your mother would not want to watch these. In my short career I was run over once and shot another time and my daughter still stresses over these scenes.

I agree with your daughter, Gayle. I would hate to see you get hurt in any way!

Wow! Thanks for sharing those stories Chris. Very sobering and eye opening. As movie goers, we take so much of it for granted. Glad you made it through your experiences safely.

I do enjoy your stories, Chris. I'm with your Mom on this one, though!

Riveting stories, Chris. When all we do is film dystopian, zombie, war-like, incarcerated, sexy snuff films for entertainment during a pandemic, I'm not sure how Hollywood's karma has been as it has. I'm grateful for actors because their innocent creative spirits and hope for fame and self awareness has kept the City of Angels with the only angelic halo over it.

Agreed Miche. The business is struggling to reinvent itself in these times when we consume our entertainment differently.